Just a few days ago we found out Samsung’s next TWS earphones will be called Galaxy Buds Pro thanks to listings on the Indonesian Telecom certification authority, China’s 3C agency and Korea’s NRRA. Now the Galaxy Buds Pro bearing the same SM-R190 model number appeared in the FCC database, revealing we’re inching closet to their release. 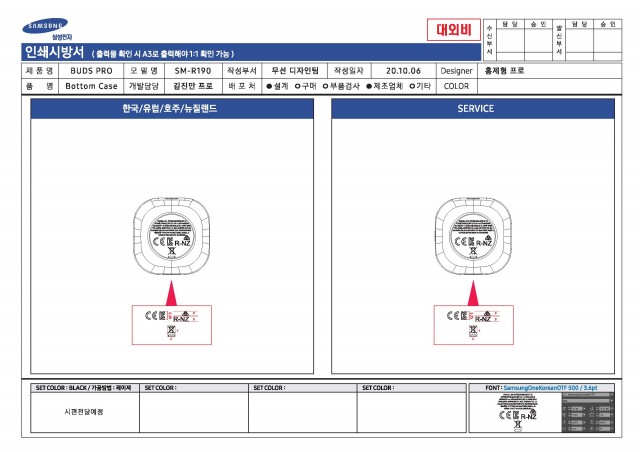 The upcoming pair of wireless earbuds is expected to build on the Galaxy Buds+ design instead of the more recent bean-shaped Galaxy Buds Live. The listing gives confirmation that the new Buds Pro will hold a 500mAh charge in their carrying case.

The schematics of the case reveal a similar design to that of the Galaxy Buds Live case which also held a 500 mAh charge. Past rumors suggest we’re also expecting an improved ANC system this time around.

According to speculations, we’ll see the Galaxy Buds Pro debut in January alongside the Galaxy S21 series smartphones.

Hello all, As Testups, we are also performing similar FCC tests and certify wireless products.

I wish Samsung would support APTX Adaptive. Otherwise its great and not crazy expensive. We already had deals for buds plus at $85. I would buy Buds Pro at $100 next year.

Hopefully the sound quality here, will sparkle and impress many an ear.