The Samsung Galaxy C5 Pro, which has already cleared TENAA and also received Wi-Fi certification from the WiFi Alliance (WFA), has now been spotted on the GFXBench benchmarking website. The listing reveals 5.5-inch display for the device. 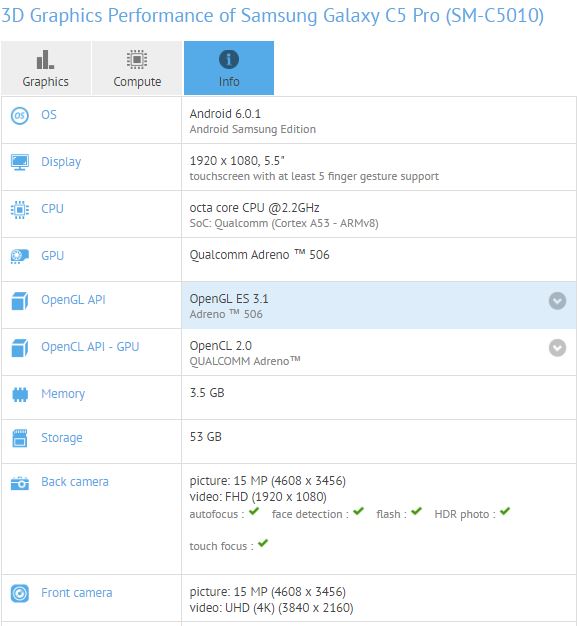 If you compare, that's not inline with what we've been hearing until now - TENAA had revealed a display size of 5.2-inches. It's, however, worth mentioning that benchmarks (GFX in particular) sometimes do get their display size estimates wrong.

Anyway, as for other key specs - including octa-core 2.2GHz CPU, full HD display resolution, 4GB/64GB memory configuration, and 16MP/16MP camera combo - they are all inline with what rumors/certifications/listings have so far revealed.

The Galaxy C5 Pro, along with the Galaxy C7 Pro, is rumored to go on sale January 21.