Tomorrow Samsung will make the Galaxy C9 official in China. At least that's what we thought so far. However, it turns out that the device we've been referring to as the C9 is actually going to be called C9 Pro. We now know this because a lot of official-looking Samsung promo materials for the Galaxy C9 Pro have been leaked in China today ahead of tomorrow's grand event.

These contain a few press renders of the handset, which you can see in all its glory below. There are also quite a few specs detailed, so let's go through those. The Galaxy C9 Pro will have a 6-inch touchscreen and will be powered either by the Qualcomm Snapdragon 652 or the new 653 chipset - the two Chinese sources for these leaks couldn't agree on which one. 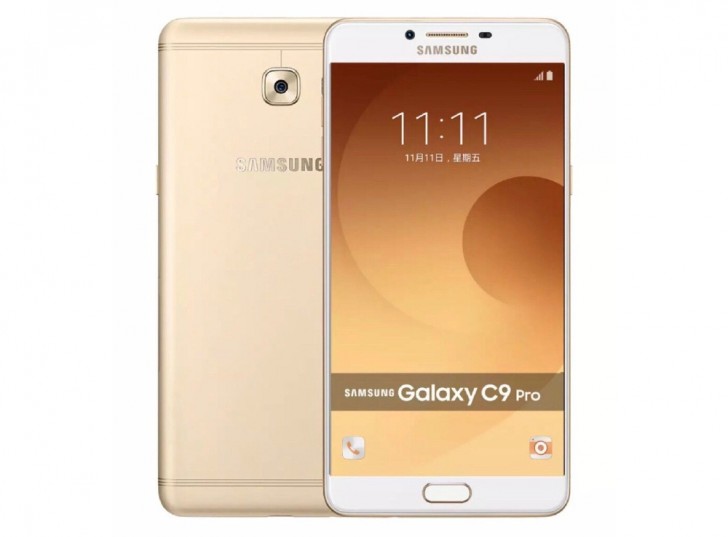 It will be priced at CNY 3,199 ($474 or €434 at the current exchange rates), which makes it a very capable competitor for Oppo's just announced R9s Plus. The Galaxy C9 Pro even features pretty much the same antenna line design on the back as that handset. Most importantly, however, it's going to be CNY 300 cheaper than the R9s Plus, while coming with similar specs. According to past leaks, rumors, and various regulatory certifications, the Galaxy C9 Pro will have 1080p screen resolution, 4G LTE support, and a 4,000 mAh battery. It should run Android 6.0.1 Marshmallow. The phone's release may unfortunately be limited to the Chinese market. We'll find out more in less than 24 hours.

Thanks for the tip, Samsung leaker!