Another Prime will soon follow in the footsteps of the selfie-centric Galaxy Grand Prime, the Samsung Galaxy Core Prime. While it's camera department is less impressive it seems like the new Core will compensate with LTE connectivity.

Several versions of the Galaxy Core Prime have passed through TENAA (SM-G3606, G3608 and G3609), all of then being dual-SIMs and having TD-LTE connctivity. Two have international LTE, and mainly differ in 2G/3G (whether its GSM or CDMA).

Indian retailer Flipkart has put up the phone on pre-order prematurely and offers better images and more detailed specs. There's no LTE in this version and only one SIM slot. Keep in mind these specs are not officially confirmed by Samsung and may change. 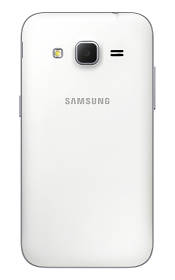 how to connect bro

How to use i cant using otg