We rather enjoyed our time with the Samsung Galaxy E7. The modest midranger has just the right amount of smartphone features without going overboard with bloatware. It does so without costing an arm and a leg too, at least by Samsung's standards. 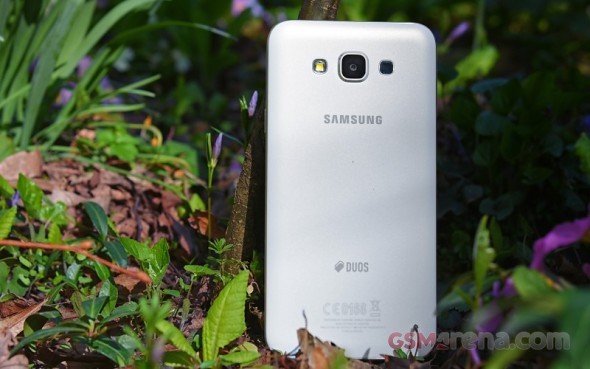 Key to the experience is the 5.5-inch SuperAMOLED panel, which in true Samsung fashion delivers vivid output with practically infinite contrast and quite high brightness. True, it's not FullHD so the pixel density isn't exactly impressive, but it was a compromise to make the budget and it's not all that difficult to live with.

Build quality is nice as well, and the phone is pleasant to handle. It's not exactly compact, obviously, being firmly in phablet territory, but you can't have a cake and eat it too.

Battery life should suit you well unless you do a lot of web browsing, which proved to be the battery's weak spot. But then, that's what you'd want to be doing on the Galaxy E7, because its hardware is not exactly top-of-the-line and performance isn't its strong suit.

We get to the user interface, which is TouchWiz through and through. That may be enough to sway potential buyers elsewhere, but on the Galaxy E7 it's been stripped of unnecessary features and preinstalled apps have been kept to a minimum.

Lollipop is supposedly on the way, but at this point the E7 comes with KitKat, though with features borrowed from more recent releases. Multi window is one such example, with its implementation coming straight from the Galaxy Note 4 flagship,

Arguably the strongest competition comes from Samsung's own camp, and that would be the Galaxy Note 3 Neo. The display may well be the exact same 5.5-inch HD unit. You get a stylus, which may be enough of a deciding factor if you think you can put it to good use. The Note 3 Neo comes in a dual-SIM version too, with a dedicated microSD slot, although that variant may be hard to find. We got a similar battery life rating on the Note 3 Neo, but it comes with user-replaceable battery - invaluable to some, while others couldn't care less.

The Asus Zenfone 2 in one of its multiple iterations may be another viable option. It also has a dedicated microSD slot on top of a pair of SIM slots, so the Galaxy E7 loses on the versatility front once again. The Zenfone 2 has a FullHD screen, though that may cost you a bit more than the Galaxy E7. It's a lot heavier and bulkier though. 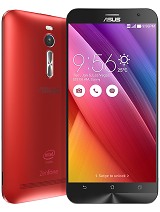 The Meizu m1 note is a valid proposition, and even comes at a lower price. It packs a FullHD 5.5-inch display, but has no microSD slot. The Mediatek MT6752 chipset is substantially more powerful and its GPU is in a whole different league. What it lacks is the Galaxy E7's slim profile and overall more upmarket looks.

Another slightly cheaper alternative comes in the face of the Sony Xperia C3. Dual-SIM with a microSD slot are in its favor, as well as excellent battery life. And the headline feature the 5MP front camera comes with an LED flash. Otherwise the Xperia C3 packs inferior hardware with a dated Snapdragon 400 chipset, a single gig of RAM and rather limiting 8GB of internal storage.

In certain parts of the world, the same amount of cash can net you a 16GB version of the OnePlus One, and that is a proper flagship, although a year old now. FullHD resolution on a 5.5-inch screen, high-end Snapdragon 801 chipset and 3GB of RAM round up a very proficient package. It's not all in the One's favor though, as it comes in single-SIM fashion only, and offers no storage expansion.

HTC has a smartphone or two to offer in the face of the Desire 820 and the older Desire 816, or the updated Desire816G, for that matter. The 820 is substantially more expensive than the Galaxy E7, but has better hardware to show for it. It also has an 8MP front camera over the E7's 5MP unit. Meanwhile, the Desire 816 is slightly cheaper than the Samsung phablet, but lags behind the Galaxy E7 in the benchmarks. The octa-core powered 816G resolves that issue, but both 816s come with only 1GB of RAM.

Thin waistline, but a good battery life and a toned-down multi-window TouchWiz on a colorful SuperAMOLED screen make the Samsung Galaxy E7 a strong proposition in the jam-packed midrange. It's not without its flaws and raw performance is on top of that list, so as always you should get your priorities straight before heading to the store.