The Samsung Galaxy E7 is the mid-range sibling of the Galaxy A7 and so far has been available in India only. Now the availability is expanding to China where it's joining the smaller Galaxy E5. 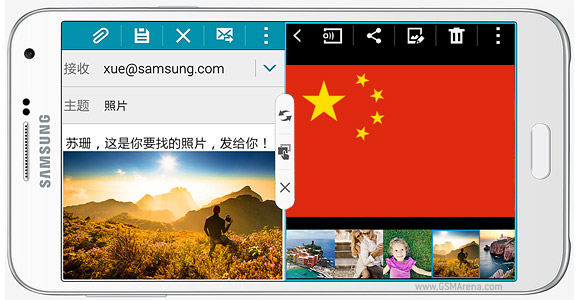 It's also not entirely clear which of the country's carriers will offer the phablet, though it supports both China Mobile and China Unicom for its optional dual-SIM and LTE (150Mbps).

Souce (in Chinese) | Via

All mobile phone from samsung is same same, i dont see any different about design from this gaint... it is too bored.. i hope samsung need improve more in next time to archive good result..

If Samsung Galaxy E7 which is soon will be coming in the Market if it is made in China then price should be low. If it is made in Korea or vitname then it is perfect.

*Secondary Camera For the love of god it's called a secondary camera.