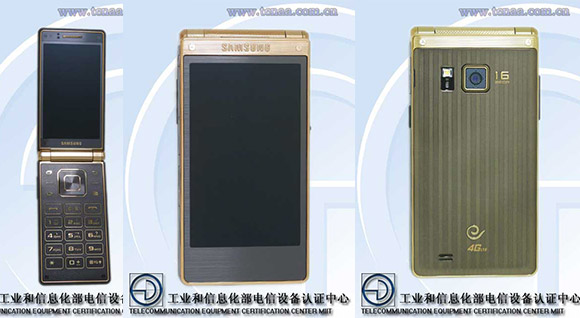 The handset features two 3.9” AMOLED displays with a resolution of 1280 x 768 pixels. Its main camera is a 16MP unit, coupled with a 3.7MP front-facing solution.

There is no word on when will Samsung Galaxy Golden 2 made its debut. Don’t expect to see it outside of select markets in Asia.

when are we going to see this flip phone available in Australia?

Check out the hands on video of this beautiful galaxy Golden 2 https://www.youtube.com/watch?v=YF1_FwTb7iw

Do not know how much battery capacity?