The benchmark listing reveals that the device is powered by a Mediatek MT6737T chipset with quad-core CPU and Mali-T720 GPU, making it the first Samsung smartphone to feature a MediaTek SoC. 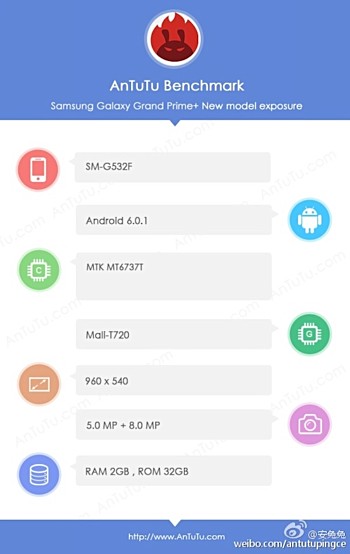 Moving on, the phone sports a display resolution of 960x540 pixels. RAM is 2GB, while internal memory is 32GB. In terms of camera, the handset features an 8MP rear unit and a 5MP front shooter. The device runs Android Marshmallow version 6.0.1 out of the box.

I cant understand why samsung naming their divices like that. For example look at Galaxy Grand series. Its fakin fakin many2 varians of galaxy grand. -_-