At the high-end, Samsung's all about Infinity Displays and small bezels and the 18.5:9 aspect ratio, but the Korean company also churns out quite a few low-end offerings each year. And now we're fast approaching the launch of just such a device: the Galaxy J2 (2018), previously thought to be Galaxy J2 Pro (2017). The handset has received the full leak treatment today, with specs accompanying the press renders you can see below. 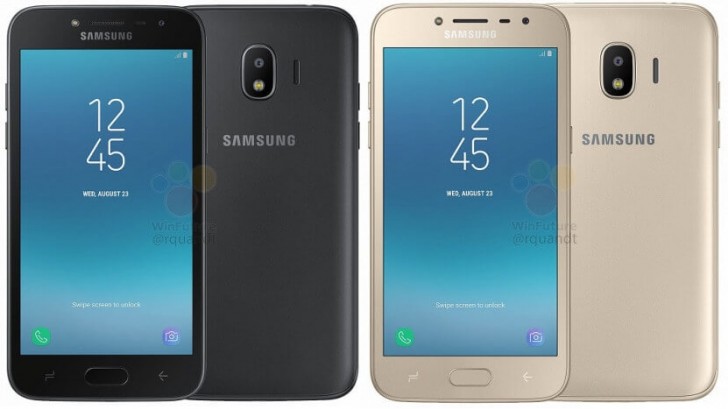 The phone weighs 153g and runs Android 7.1.1 Nougat. It will be available in Russia and other emerging markets in the coming weeks, retailing for around €115.

And was not that what I said? You're saying something I already knew. But the design guideline has not changed. The format of the "recent apps" button follows what was proposed in 2009. Otherwise, following the logic you proposed, the back button...

Try to get a practical day out of these specs in real life! Why waste money on this? A feature phone will be far more useful but if you have tons of patience, yes the frustration of the device won't get you. On a side note, if this had Android Go edi...

Take a look at the recent button of the S4 and S5. S4 has this button that kinda looked like a table? Idk And the S5 has the button that looked like a... two layered boxes?? Lol at least it has been changed