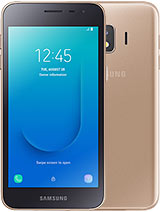 I'm using Samsung j2 core since 2018.I can even enjoy my self with this phone,i can't play online games like mobile legends and Call of duty i dont know how to enjoy it. Im jealous to others have a great phone. I want refund but its to late😞😢😥😟

I've used Samsung before Android but this phone is disaster....especially the software this go edition is not good at all....its the same as that tizen os used on those z phone neve ever buy a phone with this kind of software you're vulnerable

This a good smartphone for moderate users. RAM is only 1 GB but works well! Yeah some bugs are there but that will be stopped after restarting the phone.

Horse, 08 Jun 2020Can u please explain to me how did you download CALL OF DUTY MOBILE..? I HAVE TRIED EVERYTHING... moreIt means your android version isn't compatible with the app

Kamikazee, 05 Nov 2019So far, the J2 Core has been a good phone for me. I can run COD Mobile smoothly on it (a large... moreCan u please explain to me how did you download CALL OF DUTY MOBILE..? I HAVE TRIED EVERYTHING AND NOTHING WORKS PLAYSTORE KEEPS TELLING ME PHONE NOT COMPADABLE ? I tried obb files download no problem then it tells me Google won't allow me to open obb file or open game successfully ?????.😠😠😠😠😠😠😠 PLEASE HELP... Annoyed at phone...LOL😩

A very poor phnone...its a ripoff. e.g.
1.You cannot create new contacts with the normal phone (i.e. minus wifi available)
2.Cannot update whatapp profile from saved photos
3.Cannot open some messages like online newspapers although there is space in the phone.
Guard your hard earned cash.I've been robbed by buying this phone.I aim to seek a refund

Khot, 13 Apr 2019There is no File Explorer in this model. When called Samsung, they agreed. You have to Install... moreInterestingly Samsung My Files appears to download in the Galaxy Store of the Galaxy J2 Core, but the same app does not open, and crashes.
It also does not support Samsung Music (similar to Galaxy Grand Prime, Galaxy Grand Prime VE, Galaxy Core Prime and Galaxy Core Prime VE).

Souro560, 25 Aug 2018It runs on skinned android Oreo go version.Like other Samsung smartphones.And the Samsung Experience 9.5 of the Galaxy J2 Core is so weak that it resembled the TouchWiz Essence UX (Galaxy Pocket 2, Galaxy Young 2, Galaxy Core 2, Galaxy Ace 4, Galaxy Ace Style).
There is no full support for the frame in the icons, the Smart Manager is worse, the dock of the home screen only supports 4 shortcuts (as it is in Android Go Stock), it has much less configuration options.
The Galaxy J2 Core of the United States is much better, since the One UI is the same as more expensive devices, except for the absence of Galaxy Themes (as well as the Galaxy J2 Prime and Galaxy J2 Pro).

tony , 17 Jul 2019samsung insider told me j2 core andeoid 9 was never planned it was just a sales scheme to have... moreWeird.
Samsung Brazil has an article on its support page about Android 9 Go Edition, where it clearly says that the Galaxy J2 Core will be updated.
https://www.samsung.com/br/support/mobile-devices/o-que-o-android-9-pie-ediocao-go/
But this article is from August 2019 (and is still available), and yet the company does not confirm the update for the device.

Where is the second sim card slot located?

The j2 core is the biggest heap of shit ever. Especially the shit camera. I wouldn't give these out as Obama phones. Just a no good pile of shit. Thanks Samsung

Simon.B, 01 Nov 2019I have a portable J2 core ms-260f that I bought in Qatar when arriving in the USA I put a mobi... moreyou must make a call for atleast 5 minutes in the country you bought the phone from then only you can use it in other networks

YUCK! This phone has a removable battery! Please make the battery non-removable!

This is a reall bad phone! I have had it for just over 6 months and it has been a serious downgrade from my original Samsung J2. Worst part os the zip apps app, this has really messed up with my banking apps and left me stranded.