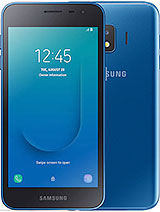 not sold device with new name !

What on earth is this? Samsung should stop releasing whatever they designed on the table.

Black panther , 14 May 2020I Don't know why they re-released this model with the same previous specs. Exact same piece.. In India it makes sense, because the J2 Core sold previously only had 8 GB of storage

Dilbert, 04 Jun 2020It's unusual seeing a phone like this being released recently, and I love it for that!In India, it is not so uncommon.
Who remembers the Galaxy J2 2017 Edition? The idea is the same.

It's unusual seeing a phone like this being released recently, and I love it for that!

Anonymous, 05 May 2020Can someone really tell me why this phone was launched again?Is samsung go 10

Anonymous, 24 May 2020Samsung is still manufacturing 1GB Ram. Too badWTF is this phone?

I missed these guys. But it’s sad that the phone in all isn’t very good