The Samsung SM-J327P, which is alleged to be the Galaxy J3 (2017), has received certification from the Bluetooth Special Interest Group (SIG). The listing, however, does not reveal anything about the device's specifications. 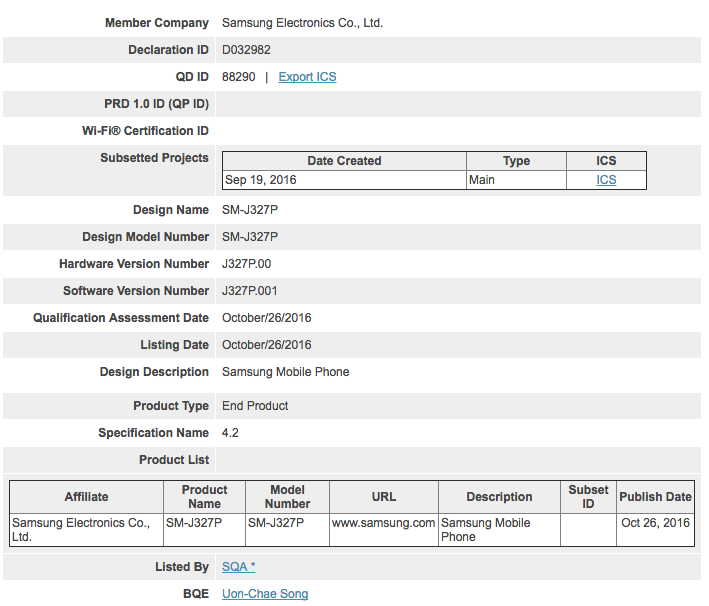 The model has already cleared the FCC in the US, and also been spotted on Geekbench. Specs-wise, from what has been revealed so far, the phone is powered by Qualcomm's Snapdragon 430 SoC, has 2GB RAM, and runs Android Marshmallow version 6.0.1.

A couple of other variants of the device - SM-J3110 and SM-J3119 - had cleared China's TENAA earlier this year.

Quite a bit. Every device must be certified in every country they'll be launched. Actually, each country has its own telecom agency, like FCC (US), Tenaa (China), Anatel (Brazil)...

Hope this will be better then it's predecessor

how many more cirtifications does this phone require before launch