Samsung's J-lineup may be following the Galaxy S and A-series from a respectful distance - but is in perfect lockstep in terms of upgrades. While the flagship pair and the upper midrange A-series are understandably grabbing the global headlines, the Samsung Galaxy J7 (2016) was first announced for a number of Asian markets.

The affordable J-series are betting big on India - where the big-screened ringleader has been a popular choice. However, we found the original Samsung Galaxy J7 quite capable of making a splash in Europe too, and it didn't disappoint.

Less than a year later, the new generation is out and it looks perfectly happy with simply putting a proven formula to work. 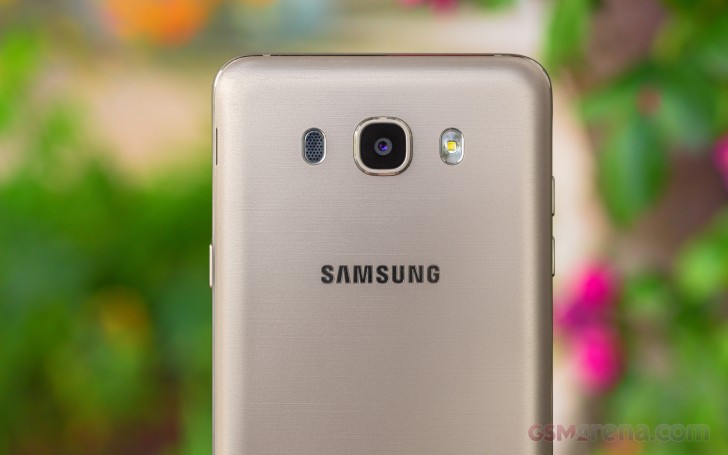 The Galaxy J7 (2016) gets a new metal finish, a bigger battery and Marshmallow on top of a more recent, and slightly more capable, chipset. All welcome upgrades for the most prominent of the J-series but that's all Samsung could afford and stay on budget.

Just like the original, the 2016 model is offered in two versions on different markets: you can get either a Snapdragon or an Exynos chipset. The difference is negligible though, considering they both have eight Cortex-A53's.

Here go the rest of the specifications at hand.

Curiously, the very first announcement of the Galaxy J7's 2016-edition revealed a 1080p screen bur we can now officially confirm that this version of the phone will only be available in China.

The rest of the specs are more or less identical between the 2015 and 2016 editions. Obviously, the quality of selfies is still an important selling point, so the Galaxy J7 (2016) packs an updated 5MP front-facer with a fast f/1.9 aperture and an LED flash.

Overall, the Galaxy J7 (2016) seems like a small step forward for the J-series, but if Samsung found the right bits to tweak, we may be looking at simple and affordable package that just got better.

As usual, we get the review underway with the unboxing and hardware overview and hope to find out soon.

Still using this.. hopefully will replace within this year...used this for 4 years...main problem is 16 gb ROM and selfie cam. Main camera still captures great photo. I've played PUBG lite, free fire, mlbb on this on the lowest setting didn'...