The entry-level smartphone in Samsung's upcoming new Galaxy M series has made its first public appearance. The Galaxy M10, model number SM-M105F, was briefly spotted (and subsequently removed) on Geekbench.

Touting an Exynos 7870 with 3GB of RAM and running on Android 8.1 Oreo, the Galaxy M10 looks like a decent entry-level package. 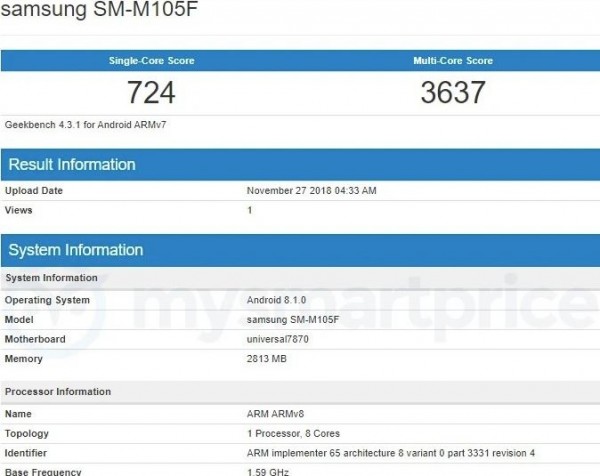 Samsung's Galaxy M series is set to take over from the Galaxy On series. Just yesterday we got our first informative details about the Galaxy M lineup.

Indeed. Why these bozo's are still manufacturing phones with a Cortex A53 is beyond me! And with less than 4GB RAM you might as well re-boot the Galaxy S5. That SD801 is a rocket compared to that Cortex A53 crap. Not to mention the S5 had litera...