Samsung Galaxy M20 arrived in late January and has been expanding its presence since. The phone's 3GB/32GB version has now appeared on Lazada Philippines, officially marking its expansion to the Asia-Pacific country. It is offered for PHP10,990, which is equal to $210 or under €190. 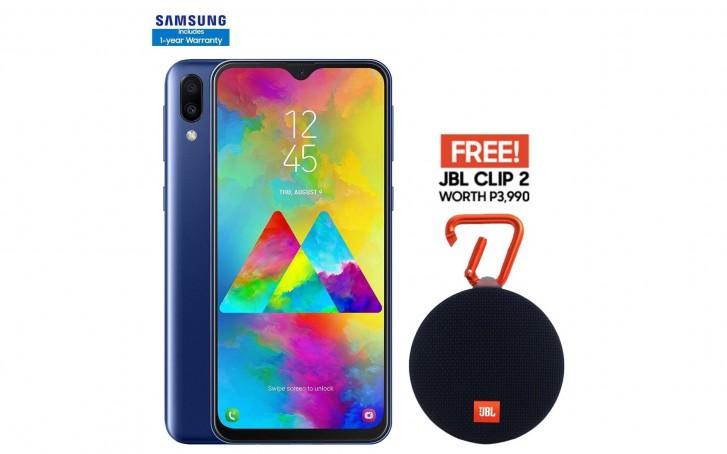 The Galaxy M20 is among the first Samsung devices with a notch on top, but the company would prefer to call the display Infinity-V due to the shape of the cutout. The panel is 6.3” with Full HD+ resolution and 19.5:9 ratio. There is Exynos 7904 chipset on the inside with an octa-core CPU.

Тhe dual camera on the back has a 13 MP main shooter and 5 MP wide-angle snapper, while selfies and video calls are made with the 8 MP front-facing camera.

As a cool launch promo you can get a JBL Clip 2 Bluetooth speaker (worth PHP3,990 on its own) bundled with the phone for free.

Actually after india, they launched it in Indonesia

Companies first launch phones in India and then the second country in line is Phillipines. It is becoming a pattern now.