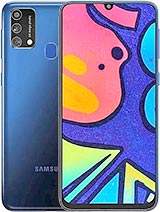 YUKI93, 06 Nov 2020Basically the same phone as M21 except for 64MP main camera sensor and 32MP selfie sensor, tha... moreWhy do you say it's the last thing you will think about talking about the camera

Samsung is slowly turning into those chinese phone manufacturers releasing pointless after a pointless phones with minimal differences from the previous. Of course there is a long way to go to catch up with huawei and honor releasing the exact same phone with only differnce in brand name. Like seriously what is the point of this.

what the f-king they want always rebranded the mobile phone.


But yeah Exynos 9611 everywhere is ridiculous, I cannot deny that.

Dilancelot, 06 Nov 2020Always exynos 9611... why???ARM engineers convinced them to manufacture infinite amount of them, and now they have nothing to do but to keep slapping it in the same chassis every few months and call it something different. I heard they have enough stock of it to last for another 5 years.

"give it all to power, brain later"

exynos 9611 ? Samsung don't have another chip set, see fans all models coming with the same chip set please stop gimmiki .... we can understand company strategy, see latest launches' most of the models came with the same chipset except flagship models.