Samsung today announced the One UI 3.0 beta program for the Galaxy M31, making it the first M series smartphone to get the company's newest custom Android skin.

Those interested in getting a taste of One UI 3.0 can join the beta program from the Samsung Members app. 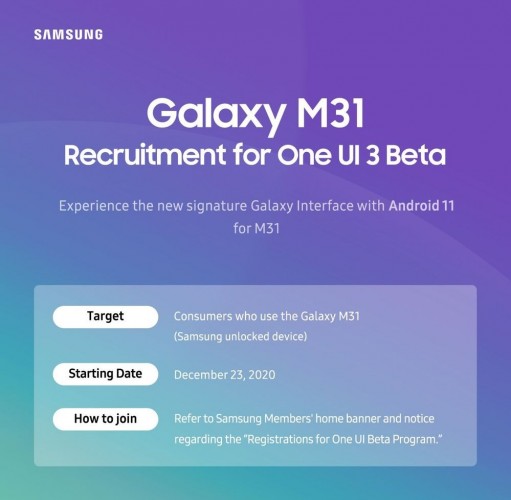 The One UI 3.0 beta program for the Galaxy M31 is currently only open in India, but should expand to other countries soon.

i have m31 and it updated today

Well after i saw Samsung rolling the one ui 3.0 beta for the a51 only i was really annoyed, but now when i see device from the M series which is lower end than the A series getting the Beta faster im really wondering what the actual F*CK are they doi...