Like the Galaxy M30s, the Galaxy M31 comes with a massive 6000mAh battery. We already have battery life numbers in our Galaxy M30s review, which you can refer to for more details, as the two phones are basically identical.

To summarize the results, the battery life on the Galaxy M31 is terrific. During our initial testing, we spent an entire day using the phone and even after 24 hours since charging the device, the phone still had 24% left in the tank. It is genuinely difficult to kill the battery on this phone within a day and with more frugal use you should even be able to get through two days of use on a single charge. When it comes to charging, the Galaxy M31 is in no hurry. The phone ships with a 15W charger, which supports Samsung's Fast Charge standard, although the phone can also fast charge from Qualcomm Quick Charge or USB Power Delivery chargers. Unfortunately, regardless of the charger, the phone can only accept up to 15W of power, so you can't really charge it any faster, even if you have a faster charger lying around.

The charging is relatively slow. 30 minutes of charging gives you about 21% of charge from 0%. After an hour, you're only at about 40% charge. A full charge takes in excess of two and a half hours.

It's clear then that this is not a particularly fast charging phone. Even if you consider the fact that the phone has a larger battery than most other phones in this price range, the other phones tend to charge a lot more in the same amount, which means they end up giving you more usable power at the end of a quick 30 minute charge.

The M31's strength is in the sheer capacity of its battery. For charging, we recommend you do it overnight. Samsung also provides a handy option to disable fast charging to reduce stress on the battery, which is a recommended option if you only charge overnight and don't require it to charge quickly.

The Galaxy M31 is a well-made device with a good, usable feature set and good performance. We were impressed by the overall quality of the display, the performance, the software experience and especially the terrific battery life. The 64MP camera also takes good quality pictures and this is one of those rare times where we do recommend people shoot in the full native resolution at all times. 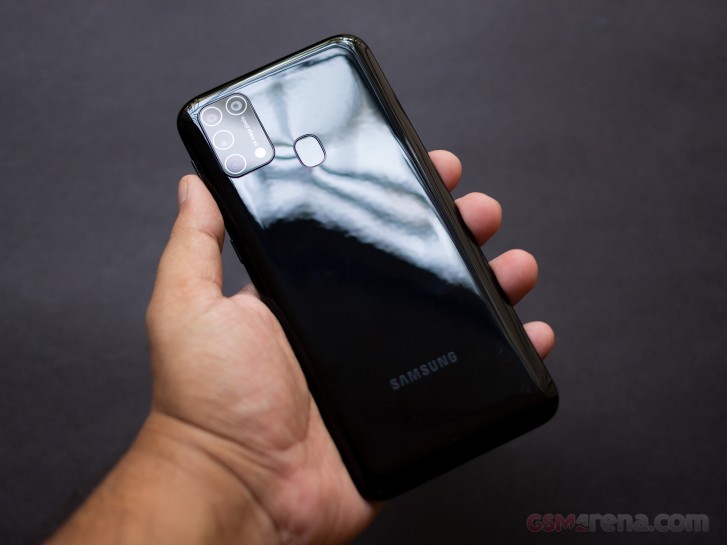 What we weren't so impressed by was the somewhat plasticky look and feel, especially in a market saturated with glass bodies. While more durable in case of a fall, the plastic body on the M31 is an absolute fingerprint magnet and also gets scratched very easily, mostly while simply cleaning the device. The impressive 64MP camera on the back is also outnumbered by its lackluster siblings, whether it's the soft and mediocre ultra-wide lens or the largely useless macro and depth cameras. UI performance was also spotty at times and is in need of further optimization.

Despite these flaws, we did enjoy our time with the Galaxy M31 and would recommend it as one of the options to consider when purchasing a phone in this price range.