Samsung Galaxy M62 is the F62 for the rest of the world, launching on March 3

Last week, Samsung announced the Galaxy F62 for India, with a huge 7,000 mAh battery. The phone went on sale a couple of days ago in the subcontinent, but if you live elsewhere and were interested in this model, here's some good news for you.

The Galaxy F62 is leaving India next week, only it will arrive in other markets as the Galaxy M62. Why the need to use two different letters to depict the same phone in different countries? We don't know, but it's not like Samsung is the only company doing stuff like this. 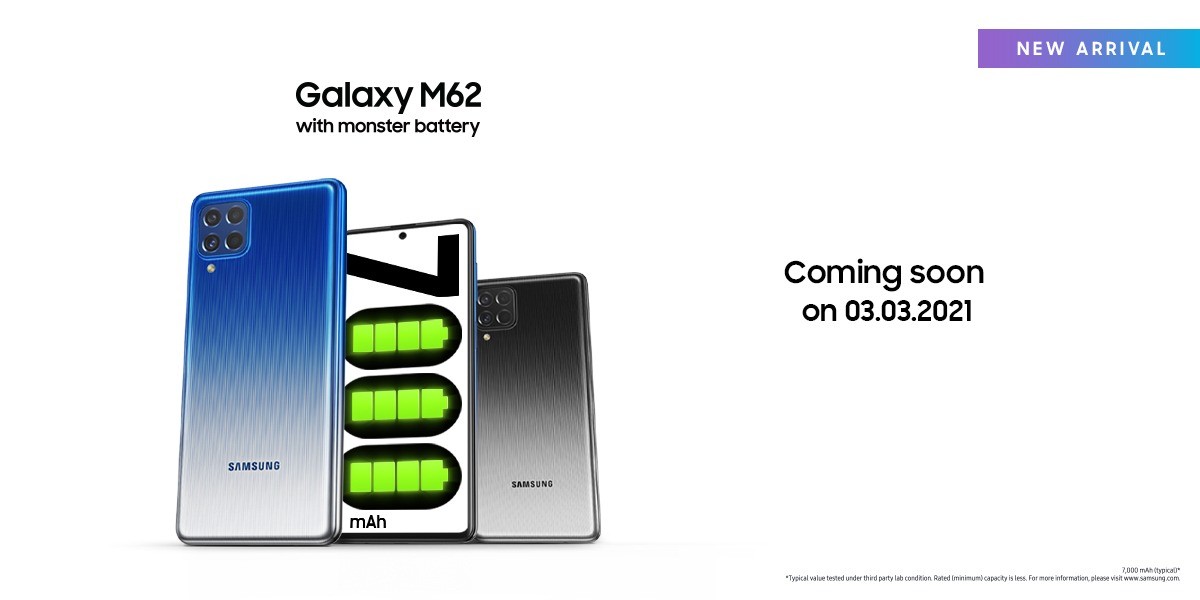 Anyway, the M62 is going to launch in Malaysia on March 3, as the above banner on Lazada can attest. Samsung's own official Facebook account for Malaysia confirmed the news, so it's as official as it can be. The only difference from the Indian F62 seems to be that the M62 has one less color version, showing up only in Laser Grey and Laser Blue, and no green.

can we see it in nigeria

Phone is built by a ODM, not Samsung itself.

Samsung offers better quality and security than those anomalous Chinese Phones like Xiaomi and Huawei!