Following the footsteps of the Galaxy Mega 5.8 yesterday, comes the complete specs sheet of the Samsung Galaxy Mega 6.3 upcoming phablet. 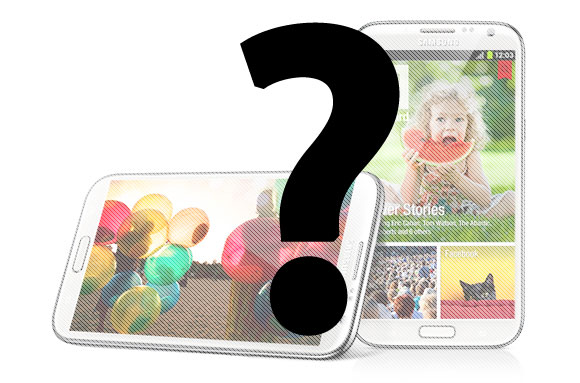 According to SamMobile, the Galaxy Mega 6.3 will pack a 6.3" PLS display of HD resolution and is going to be powered by a 1.7GHz dual-core CPU and feature 1.5GB of RAM. That could be the Exynost 5250 chipset powering the company's 11.6" Chromebook offering or, more likely, the Snapdragon 400 with dual Krait 300.

At the back of the Galaxy Mega 6.3 will reside an 8MP snapper with LED flash, while a 2MP one at the front will reportedly take care of video chatting. Connectivity is covered by Bluetooth 4.0, Wi-Fi 80211 a/b/g/n and A-GPS.

yaa that is the right thing hehehehe

Heres my conference: Well you know how many Wh does the battery holds. Quad core needs more power than that for long time usage. I think dual 1.7Ghz is already good. It does not disappoints you I promise.

apple market in uk is 2 years behind, people with 2 year contracts are switching to android device... its proven people do want bigger screens and the iphone 4 and 5 is still too small.... i switched from iphone 4 after i had a few days on the ori...