Samsung Galaxy Mega On goes through GeekBench too

We've already heard quite a few things about the upcoming Samsung Galaxy Mega On. It seems like it will be part of a new O-series of smartphones from the Korean maker, along with the Grand On. These are supposed to be the two models that will debut the new line.

They've already entered India for testing purposes, and last month we've even heard a rumor detailing their specs. Now someone decided to put the Mega On through the paces of the GeekBench benchmark for Android, and this has helpfully confirmed a couple of its specs. 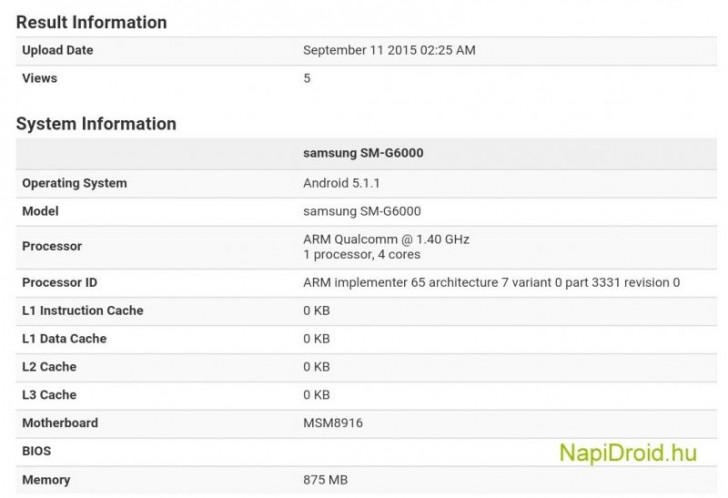 The Galaxy Mega On that was tested has the model number SM-G6000, and it runs Android 5.1.1 Lollipop at the moment. It's powered by Qualcomm's Snapdragon 410 SoC, just as previously leaked, but the RAM amount seems to only be 1GB. This is contrary to the 1.5GB that was rumored so far.

Other specs aren't part of the benchmark's hardware information section, but going by past leaks the Mega On should sport a 5.5-inch 720p touchscreen, a 13 MP rear camera, a 5 MP front shooter, 8GB of expandable storage, and a 3,000 mAh battery.

the hide under a rock

hey guys i have a doubt about the way qualcomm names its grphic cards... because being sd 200 and 400 a low and and mid range...how come that the grapic card number 304 and 305 are above a former 2012 flagship like xperia s for example wich has ad...