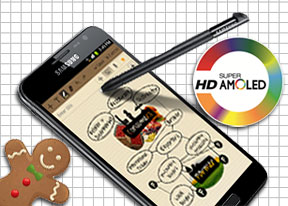 The interface is one of the most comfortable ones we’ve seen - the left column can be customized with your choice of shortcuts, while the right column holds the essentials (still/video switch, shutter key and preview of the last snapped photo). 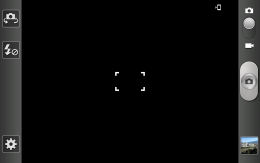 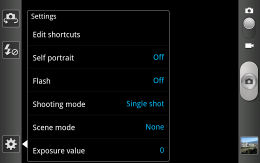 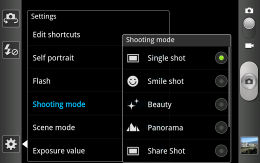 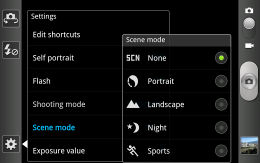 As for the image quality, it's very similar to that of the Galaxy S II but the software could use a bit more tuning (the Galaxy Note we're testing isn't a final retail unit). Still, noise levels are kept low and the amount of captured detail is very good.

We spotted some issues but we'll wait for the final version of the software before we pass our judgment. Still, the Samsung Galaxy Note is shaping up as one of the best 8MP cameraphones around.

The videos captured with the Galaxy Note are equally impressive. The FullHD videos are shot at a bitrate of 17Mbps and that keeps a lot of fine detail in the shot, while providing smooth 30 frames per second.

Same goes for the 720p videos. The Note however retains some of the issues of the Galaxy S II. 1080p videos have much narrower field of view compared to 720p ones and there's the autofocus, which annoyingly hunts front and back in the first second of video (instead of doing it before it starts recording).

Check out the 1080p and 720p video samples we've uploaded to YouTube. Don't forget to chose 1080p and hit fullscreen.