Like the S10 trio, the Note10 pair was slated to receive Android 10 starting next month, but Samsung has managed to push the update ahead of schedule.

However, the update is currently only rolling in Germany to those who enrolled in the One UI 2.0 beta program. It sports version number N97*FXXU1BSL7 and weighs around 145MB in size. 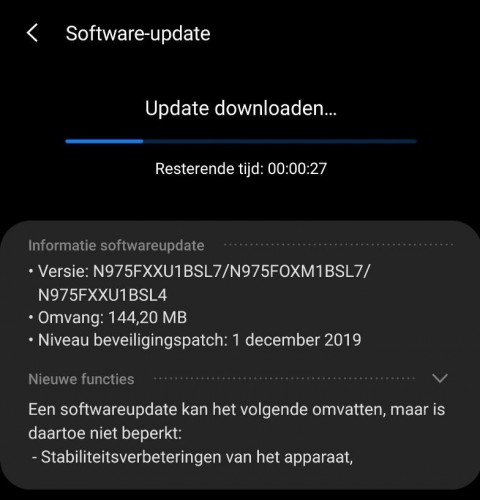 You should get an update notification on your device soon, but if you can't wait, you can check for the update manually by heading to the Settings > System update menu.

Samsung should release Android 10 to non-beta users and expand the rollout in other countries in a few days. If you receive the update on your device, let us know by sending in a tip through here.