After getting their first taste of Android 10 in late October, the Galaxy Note10 and Note10+ are now receiving the second beta build which aims to iron some of the initial bugs and bring the whole thing closer to release. 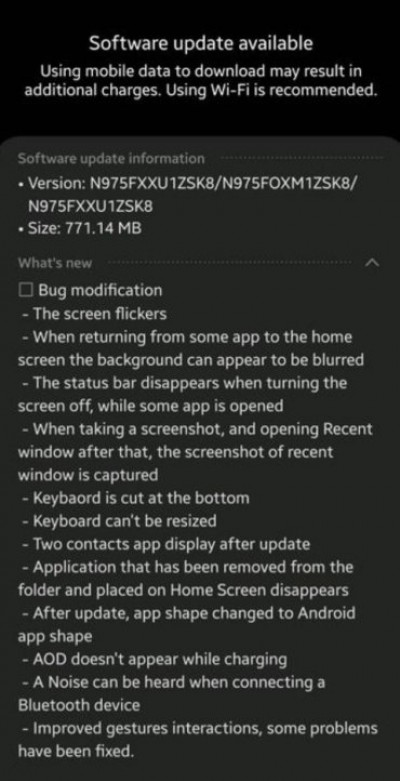 Version N97*FXXU1ZSK8 is live in South Korea and India and comes in at 771MB. It also brings the November security patch. The major changes here include a fix for the screen flickering issue and always-on display, alongside improvements to Bluetooth stability and gesture navigation.

In related news, an official post in the South Korean Samsung Members Community forum details that the Galaxy Note9 will get its first Android 10 beta later this week.

The source, which has an accurate track record with the S10 and Note10 beta schedules, also mentioned that the Galaxy S9 and S9+ are in line to receive their first Android 10 betas next week. As is the norm, South Korean users will be first in line followed by those in Germany and the US.

Also, I'm really hoping that you S & Note8 guys get android 10, I know that your beasts are more than capable if handling it. C'mon on Sammy do the right thing!

I am also never in a hurry to get the latest Android major OS updates, I prefer my updates to be fully baked, bug free. I've no concern about the Note9's 4000mAh battery, though it's always wise to be vigilant before downloading the latest OS to...