Earlier this week we saw renders of the Galaxy S10 Lite and Note10 Lite which revealed the phones' designs. The images of the Note10 Lite were quite dark, but thanks to the folks over at Android Headlines, we now get a clearer look at the phone.

The latest set of renders of the Note10 Lite and S10 Lite show us the front sides of the phones, which both look similar due to the punch hole in the center. But, the Note10 Lite appears to have slightly smaller bezels. 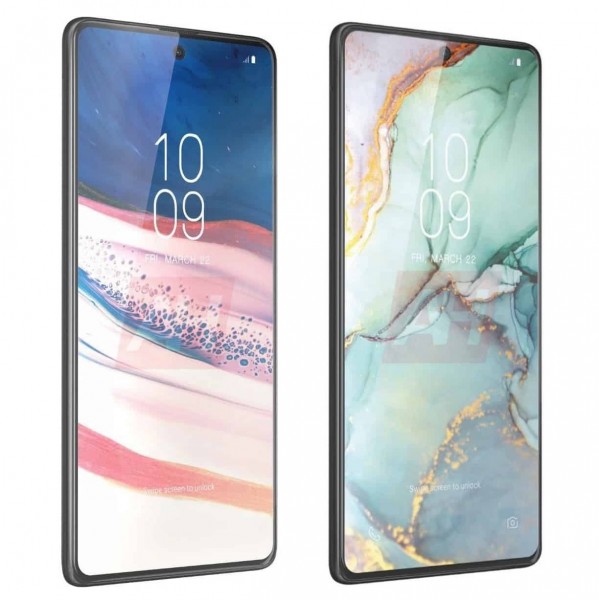 You can also see that the lockscreens of both phones have the date of March 22, which is when we may see them go official. There's a small discrepancy here, though. The renders show March 22 as a Friday, but it's actually Sunday. Whether or not Samsung unveils these smartphones in March next year or makes them official in January remains to be seen.

In related news, the battery model of the Galaxy Note10 Lite has been spotted on a South Korean certifying authority's website, confirming its 4,500 mAh capacity. That's 200 mAh larger than what the Note10+ and its 5G variant have, and this is a bit surprising since the phone carries the Lite moniker.

There's no word from Samsung yet about the Note10 Lite and S10 Lite, but more details about these phones are likely to keep pouring.

They look great, but 6.7" screen? Nothing lite in that.

They're taking way too long to get these to market. At this rate the S11 is going to be out be the S10 Lite. I hope they both have micro SD support and headphone jacks

March 22nd Friday, referring to this year march 22nd. Not next year. Both Phons will relase before S11 release. It doesn't make sense to release late next year since price of s10 will drop once s11 relase and there won't be any room for lite version ...