Last year's Galaxy Note9 wasn't the big upgrade everyone expected it and it was even considered as a boring upgrade over the Note8. Despite that, the phone was well-received because it went by the Note series' mantra of zero compromises. Don't fix if it ain't broken, right? This year's Galaxy Note10 and the Note10+, however, are a big departure from what we are used to seeing from Samsung's flagships, which in turn has stirred up some controversy.

And it's mostly because of the 3.5mm jack. Yes, that's right, Samsung seems to be one of the last OEMs to abandon that ship and it's going jack-less with both phones - the vanilla Note10 and the Plus-sized version. Luckily, the Note10+ retains the microSD card slot. 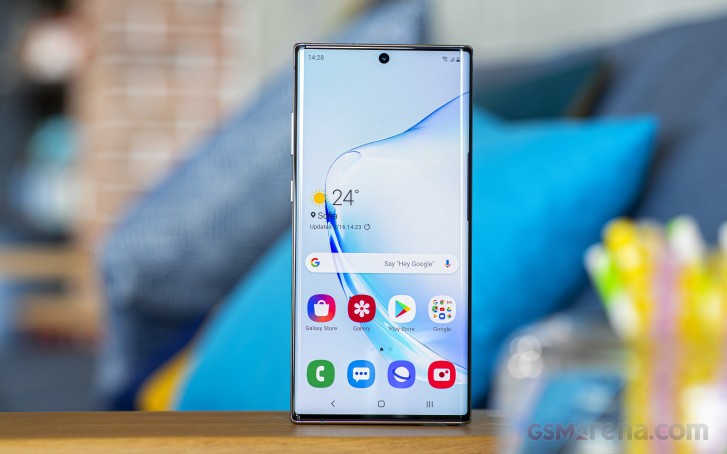 Aside from that, we expect the Note10+ to be a significant upgrade in almost every aspect - battery life, display, camera performance, charging speed and as per tradition, the S-Pen brings over a couple of new features to the table as well.

As you can see, one of the most noticeable changes is the screen size and the camera cutout. Samsung was able to fit a fairly big screen in the body thanks to the curved edges and trimmed bezels and OCD freaks will be pleased to see the punch-hole camera centered instead of being pushed to the edges like the S10 series. It begs the question, though, is it really better than a standard notch? 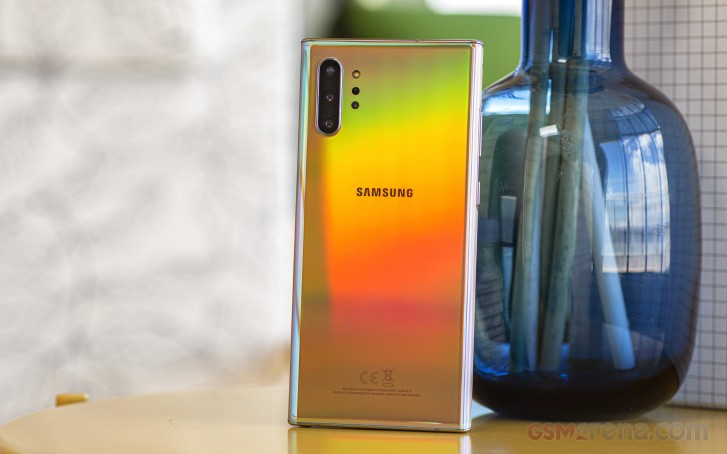 And even though the Note10+ disappointed some die-hard Note fans (at least according to our polls), there's no denying that the handset is an absolute powerhouse and keeps up with the 2019 trends, although not necessarily the right ones. Let's see how it fares in our tests and day-to-day usage before we make any conclusions.

The phone comes in a premium-looking black box containing almost everything you'd expect. We say almost because there's no sight of the USB-C to audio jack dongle, meaning you will have to buy it separately.

Otherwise, you will be greeted with a USB-C to USB-C cable supporting Power Delivery 3.0 along with a 25W charger, again complying to the PD 3.0 standard. There's also a pair of nice-sounding AKG earbuds with braided cables - a nice touch as always. 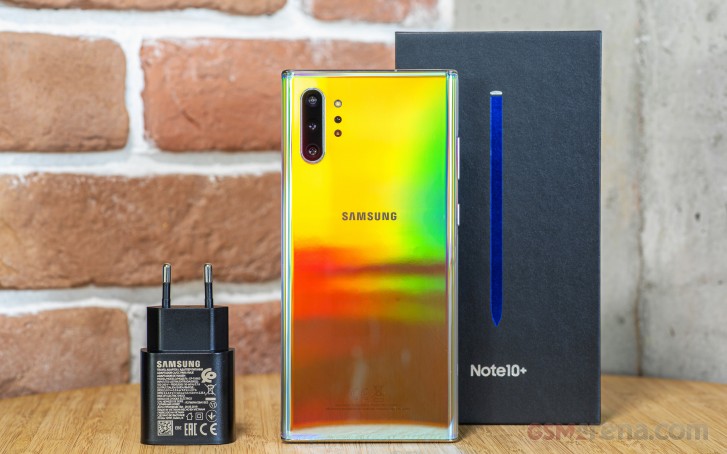 Our only complaint would be the lack of 3.5mm audio dongle. For the asking price, one would expect a $5 worth dongle inside but it is what it is. Oh, and if you want to take full advantage of the highest possible charging speeds, you will have to shell out for the faster 45W charging brick. 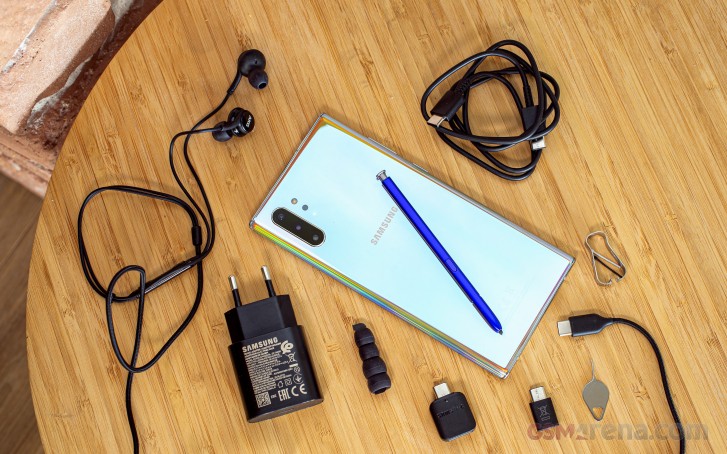 Is the phone single or double sim?