It's an odd match-up, we know. The all-out Samsung flagship Galaxy Note10+ vs. what is a decidedly midrange option in the Xiaomi Mi Note10. But they do both have Note and 10 in their names, so why not?

Just kidding, of course. The obvious naming similarity has nothing to do with the reason we're comparing these two. You see, the Galaxy S11 that's due in a couple of months (or S20, who knows) will reportedly have a 108MP camera as part of its multi-module setup, and we're eager to find out if the jump in resolution is something to look forward to or whether the good old 12MP camera is well... good enough.

The jump in the native resolution of the sensor makes this sound like an enormous jump in camera technology. And the prospects for the future of mobile photography are amazing. But what if we don't think about the future but focus on the present instead?

Is a 108MP camera really nine times better than a 12MP one as the numbers will have you believe? 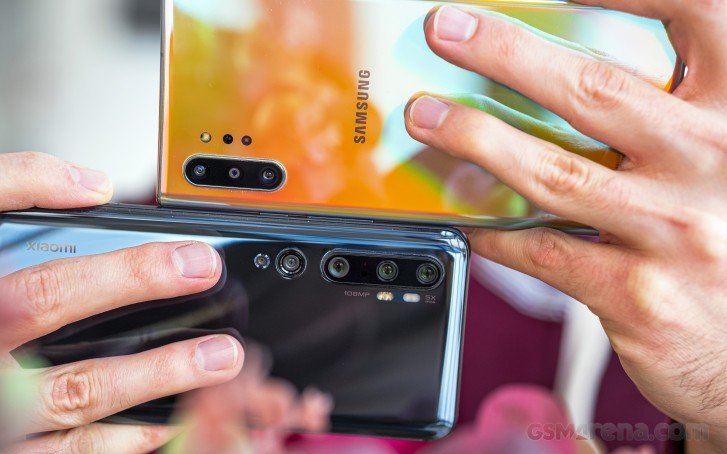 Okay, we know what you're thinking - the 108MP camera uses QuadBayer arrangement, so you are not fooling anyone, GSMArena. The Mi Note 10 takes 27MP photos so the resolution difference is 2.25 times instead of 9.

Yes, and you'd be right. We were not trying to fool anyone. Camera systems are complicated things, and these two come from different generations, so a direct comparison of size, area, or megapixels is hardly possible.

The 108MP sensor has roughly 3 times the area of the other one. There are 2.25x more pixels on the Mi Note 10's camera. And, when you combine 4 adjacent pixels into one, the resulting pixel size is some 30% larger than those on the Galaxy phone.

But modern mobile camera systems are not only about stellar hardware but also about clever software. The stacking of multiple photos today happens seamlessly in the background, and this improves noise reduction, enhances the dynamic range and provides stellar night shots. 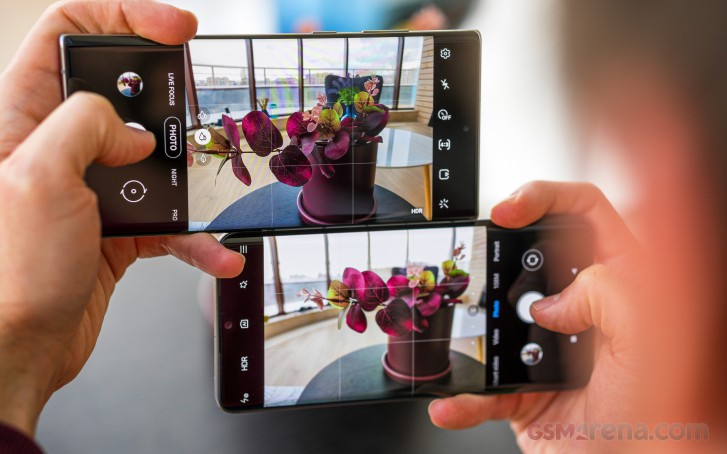 You'd guess a photo by a 108MP camera should be infinitely better than one by a 12MP camera which has been around for several years now. But our experience has taught us to take nothing for granted so we've decided to see whether a 108MP camera is always better than a 12MP one and if it is, how much better.

As we shot the samples for this article, another peculiarity of the 108MP sensor became all the more prominent and we explored that a little as well. It's not just the resolution that's massive, it's the imager's physical size too and with larger sensors depth of field gets thinner - that can be either a good thing or an issue depending on the shooting situation.

We'll be going in for some of our favorite pixel peeping in due time, but let's first have a quick word about the hardware.

Next Page » 2. Camera hardware overview
1. Introduction
Reviews Mi Note 10 vs. Galaxy Note10+: Do you really need 108MP in a phone?

Actually we need 8k but 50mp is enough for that

dslr cameras are not phones m8