Samsung Galaxy Note10+ prototype spotted out in the wild

Just two days before Samsung’s Galaxy Note10 unveiling, a Chinese user was spotted with what appears to be a fully functional prototype of the Note10+. The device sports the centered punch hole and minimal bezels but its screen does not seem to be curved. That's likely just masked by the protective case which serves to hide prototype devices.

The short clip shows the user navigating through the OneUI interface but we don’t see much else. According to past speculation, the Note10+ will feature the highest screen to body ratio of any device on the market. The top bezel will come in at just 2mm while the chin will measure in at 3.7mm. The side bezels will come in at 1.5mm while the camera cutout will feature a 4mm diameter.

The Samsung Galaxy Note10+ is expected to sport a 6.8-inch Dynamic AMOLED display with QHD+ resolution. Under the hood, we’ll see the Snapdragon 855 or Exynos 9820 depending on the region paired with up to 12GB RAM and 512GB UFS 3.0 storage. 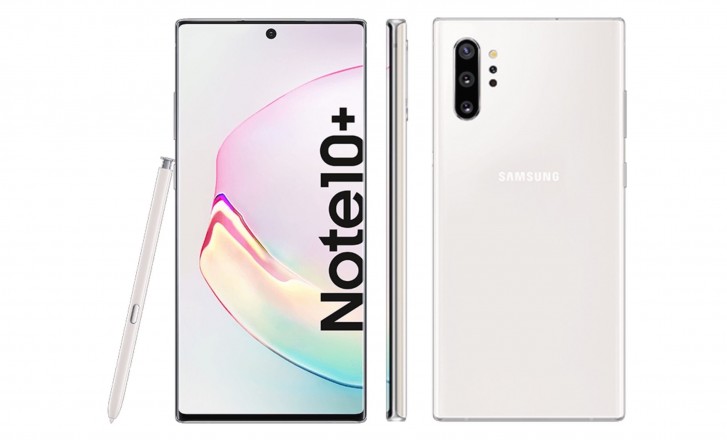 Around the back, we'll see a quad-camera setup with a 12MP F/1.5-2.4 variable aperture main unit, 12 MP F/2.1 telephoto camera, 16MP F/2.2 ultra-wide snapper and a ToF module. The battery capacity is rumored at 4,300 mAh with support for up to 45W fast charging. Pre-orders will begin on August 7 while shipments will start on August 23.

True, from a productivity and software setup, Samsung is quite ahead. Still, they are quite behind in the camera and the battery doesn't seem like it'll be a 2 day affair.

After seeing the unpacked event Note 10+ appeals more to me than Mate 30. The new features in Note 10+ simply unrivaled especially in term of software. I don't feel the need to elaborate more on that. You probably already know. Rather than refresh ra...

I’d rather buy a Mate 30 than a Note 10. At least Huawei kept the headphone jack in one while also innovating heavily. The Note 10 is a joke.