Samsung has started seeding the stable build of Android 10 for the Galaxy S10 series, but the rest of its 2019 Galaxy flagships - Note10 and Note10+ are still testing the beta. Today Samsung released a new beta build for the Note10 duo which brings in December 2019 security patch and several major bug fixes.

The new firmware, sporting version number N97*FXXU1ZSKN, fixes issues related to the world clock in the always-on display, disconnection while using Bluetooth headset, and error in display SD card files in the My Files app. Check out the screenshot below for the complete list. 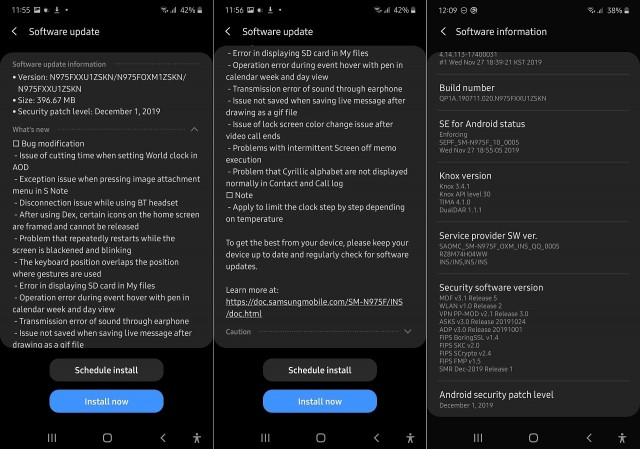 The update is currently seeding in India and you can download it by heading to the Settings > Software update menu of your device. Other markets part of the beta program should get it soon too.

Seeing how Samsung is still squashing pretty major bugs it appears that the Galaxy Note10 beta program is still not quite close to having run its course. Unlike the Galaxy S10 lineup, the phablets seem unlikely to get their update ahead of the January 2020 schedule.

Maybe they arange it sales wise. They can cover more users with the S10 update first. Its longer in the market and users needs some refreshment compared to the note.

So why is note late since note is best samsung phone? No sense.

Yeah it feels like two guys are the devs for all of Samsung's firmware updates...