Samsung Galaxy Note10+'s specs have been revealed little by little in numerous leaks lately, but this is by far the biggest scoop yet. It comes from a reputable source, too, and is accompanied by yet another look at the device itself.

But perhaps few of you know the dimensions and the weight. The phone will stand tall at 162.3 mm and will have a width of 77.1 mm while thickness is 7.9 mm. Not too shabby for a big-screen device with 6.8-inch diagonal. Weight should be 198g and it's kind of expected given the size of this thing. 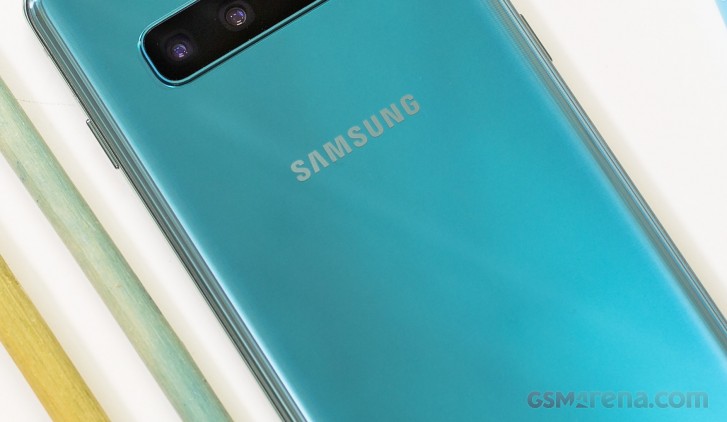 The Samsung Galaxy Note10+ will also come with a three-step aperture on its 12MP main camera - f/1.5, f/1.8 and f/2.4. The telephoto is confirmed to be 12MP with f/2.1 aperture for better low-light performance while the ultra-wide snapper should be 16MP with f/2.2 aperture. The front-facing camera will remain 10MP.

The battery is supposed to be 4,300 mAh, which we already knew, but the specs sheet also confirms the 45W fast charging tech. The wireless charging has been bumped up to 20W as well. AKG-branded stereo speakers should complete the whole multimedia experience.

We also got confirmation on the missing IR blaster and 3.5mm jack, but those have been kinda certain for a while now. At least the Note10+ will have microSD card support.

In other Galaxy Note10+ news today we learn that pre-orders will start on the very day of the announcement - August 7 - with shipments commencing on August 23. As per earlier reports, the starting price should be €999 - that's for the base Note10 version, which, by the way, is expected to come with 8GB of RAM and 256GB of storage.

Starting to sound like nothing but a bunch of 13 year old's in gsmarena comment sections. All i hear is complaining and whining.

samsung ruined a great chance to make it as complete phone with 3.5mm, IR, FM, Dedicated card slot , and popup instead of that silly dot camera in the front