We are months away from the unveiling of the Galaxy Note20 series but the 5G-supporting Plus model has already appeared on a benchmark database.

The Samsung Galaxy Note20+ 5G, bearing model code SM-N986U, popped up on Geekbench with a few key specs. The smartphone runs Android 10 and has 8GB RAM onboard, but there will likely be a 12GB RAM option as well. 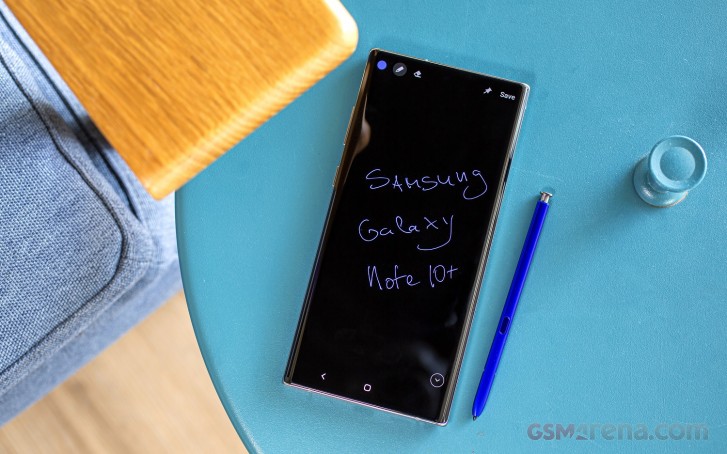 The motherboard is listed as "kona", which corresponds to the Snapdragon 865 SoC. But this could be the unannounced Snapdragon 865+, since the listing's source code reveals the clock speed of the CPU's large core is 3.09GHz, whereas the 865 maxes out at 2.84GHz.

The Galaxy Note20 + will use the Snapdragon 865+ processor. Why do you say this? Because from the Geekbench results, we found that the processor's large core frequency is as high as 3.09GHz, and the 865 frequency is 2.84GHz, so we have reasons to think that it is 865+ . pic.twitter.com/I9bU87RPRD

That said, the SM-N986U is likely the US version since the Snapdragon 855-powered Note10+ 5G for the States had model number SM-N976U.

In terms of synthetic performance, the Note20+ 5G scored 985 and 3,220 points in Geekbench 5.1's single and multi-core tests, respectively. It's worth noting though that is a prototype so there's not much to talk about it. 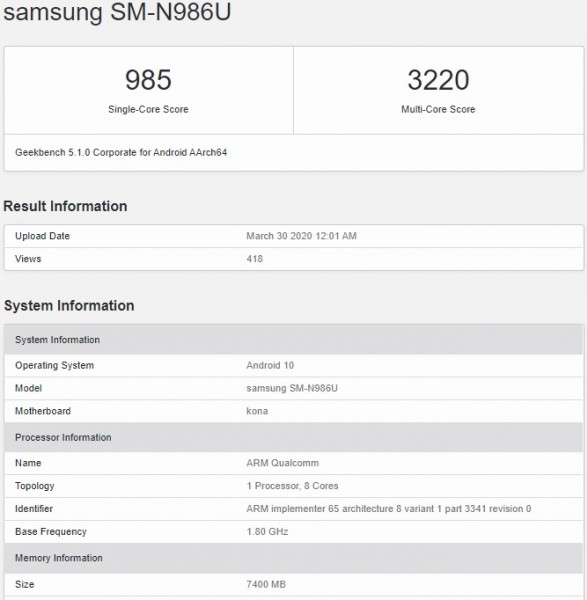 There's no word from Samsung yet about the Galaxy Note20 series, but since the Note10 lineup was unveiled in August last year, we can expect the Note20 to go official around the same time this year.

Screen size and ratio are more important than what snadrag or any core number is. They tend to make ruler size phones as far as they play with 18/9 ratio which becomes 21/9 nowadays. They are about 121-122 cm2 Amoled area but very narrow in the first...

Ah, finally you talk some sense! Keep it up.