Last year, Samsung focused on its Galaxy S6 cash cow and the Note5 got slightly overlooked (especially in Europe, where it wasn't even present and the S6 edge+ was left to carry the flagship phablet flag alone). This year, the Note is back and stronger than ever.

The Samsung Galaxy Note7 stands at the heart of a multifaceted ecosystem that is supported by three pillars - business, games and multimedia. 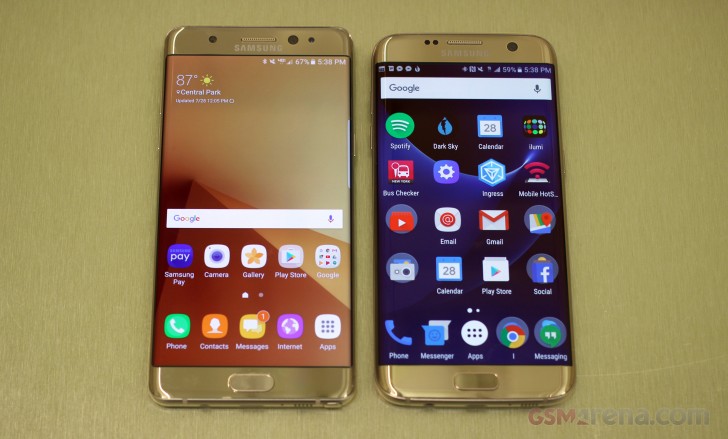 Samsung Galaxy Note7 (left) next to the S7 edge (right)

On the business side, the improved S Pen collaborates with the Always-on screen for even easier note taking. The iris scanner works with KNOX and Samsung Pay to secure your data (both work and personal) and your money even tighter than before.

The Galaxy Note7 wants to rule mobile gaming. VR especially, with a redesigned Gear VR. The phone supports the new Vulkan API, which is just starting to gain ground with PC games. As a nice bonus, you get $25 worth of "console-quality" games at launch. 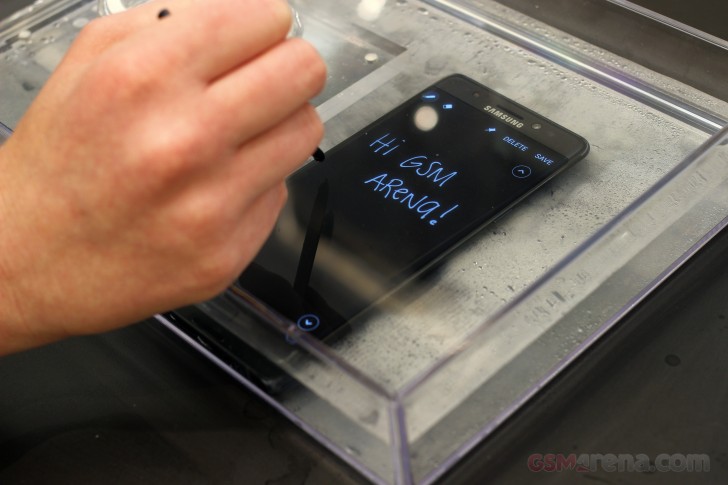 The Samsung Galaxy Note7 is a media creation and a consumption nexus too. It's one of few mobiles that can display HDR video (an up and coming tech for 4K TVs). With the Gear 360, it can also snap VR-ready panoramas too.

Other accessories come into play too. The phablet's 3,500mAh battery is paired with two new power saving modes and can use an optional wireless quick charger for quick cable-free top-ups. Active users have the Gear IconX wireless headphones and the Gear Fit 2 smart band to look forward to (and you can score the Fit 2 for free!). Also, the S Pen works underwater, so activities are not limited to dry land.

Yes, the Galaxy Note7 is the first Note to get waterproofed - it holds an IP68 certification.

Samsung Galaxy Note7 at a glance:

Samsung's own research shows that Note owners use 50% more productivity and business apps than Galaxy S7 owners. And they consume 30% more multimedia. Let's see if the new Galaxy Note7 can live up to the magic created by its predecessors.

Spec fiends might be dissapointed, but given they don't understand the practicalities of such things, doesn't really matter. Even ram of the same type, eg 'ddr4' can have differing speeds and ways to be implemented.. 4k doesn't offer anything ...

Why note 6 is missing?