The Galaxy Note7 FE is closer than ever with reports that it will come out on July 7. The phone appeared on GFXBench, revealing most of the phone’s specs. The only surprise is the listed FHD resolution, but that's probably because Samsung adds a built-in scaling option to its premium offerings that is set to render the UI at 1080p by default. 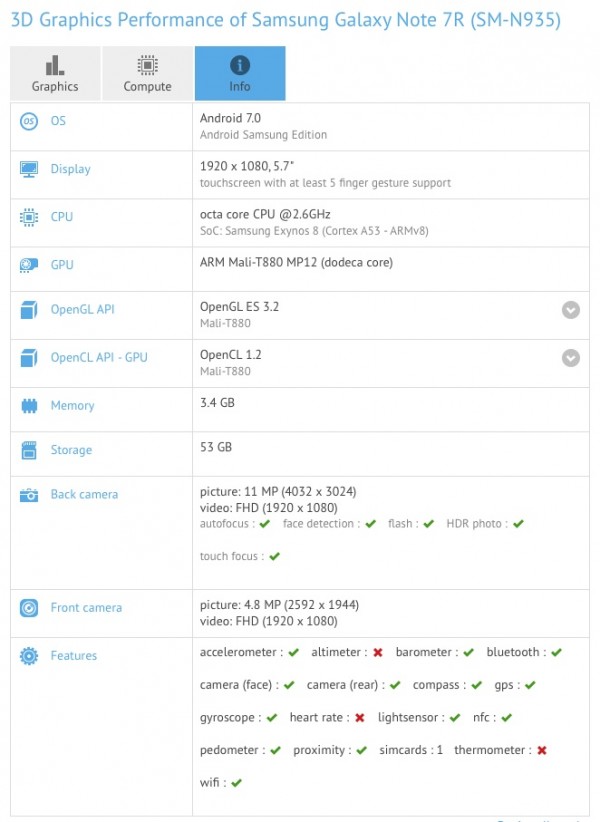 The listing is for a Samsung Galaxy Note 7 FE with a model name SM-N935. The phone will sport an Exynos 8 chipset with octa-core CPU. Memory combo is 4 GB RAM + 64 GB storage. According to the benchmark listing, the primary camera is 12 MP, while the selfie snapper is 5 MP.

The phone will come with Android Nougat out of the box, which is an expected improvement from the original Galaxy Note7, released back in September 2016.

thanks for info bro

The DEFAULT res is FHD but it can be scaled up to QHD.