Today Samsung introduced the Galaxy Note 4 alongside the Gear VR, a virtual reality accessory for the new phablet. This was a few hours ago, so by now you may be wondering how much you'll have to pay for the duo.

It turns out that neither of these devices will be cheap, at least if a new rumor on the matter is to be believed. 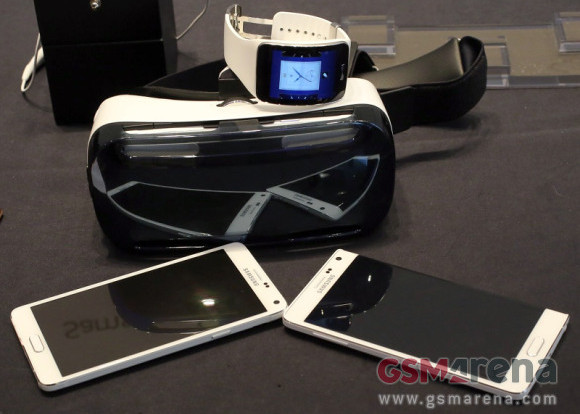 Obviously, this number is only going to be valid in the Eurozone. So if you're in the US, don't think you'll need to pay a whopping $1,050 to get the Note 4 sans contract (that's how much €799 is at the current exchange rates). As smartphones are usually cheaper in the States, that amount will probably translate into something like $799 or $849.

Still, this will be anything but affordable. Perhaps the metal construction warrants that, or maybe the QHD touchscreen is to blame.

The Gear VR accessory that requires the Note 4 to be fitted to it to actually work is apparently going to cost €199. Once again, not cheap, especially considering that for now it only works with the Galaxy Note 4. So in order to be able to immerse yourself in Samsung's virtual reality, you'll need to purchase both of these products.

We assume the Gear VR will go for $199 in the US. If you get it in a bundle with Samsung's gamepad controller, the price will be €249 in the Eurozone, so probably $249 in the US.

Finally, the Gear S smartwatch should cost €299. That isn't unexpected, given how much its predecessors have been sold for.

Since all of these are recommended prices, we're hoping that third party retailers will offer Samsung's newest wares for at least a little bit less.