Samsung Galaxy Note 4 gets a firmware update, not Lollipop 5.1

Samsung has apparently released a new software update for the international version of its Galaxy Note 4 flagship, as evidenced by a tip we got from one of our readers. But don't get your hopes up, it's not Android 5.1, instead it's a different build based on Android 5.0.1. 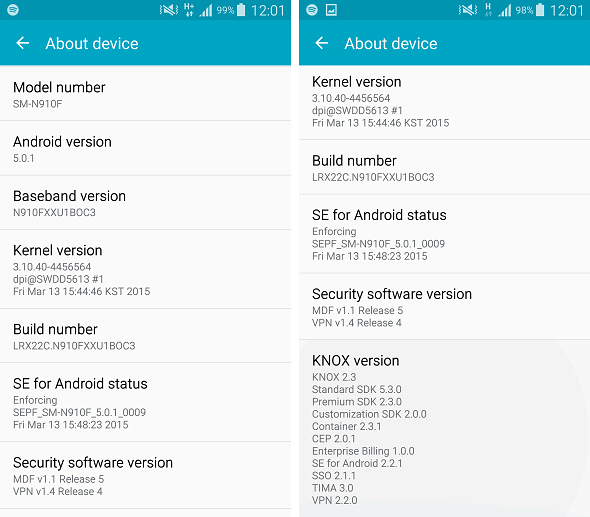 The build carries an internal designation LRX22C.N910FXXU1BOC3 and so far was only spotted in The Netherlands a couple of weeks ago. Today's tip comes from Germany, so it's safe to assume a continent-wide availability in the weeks to come.

What our reader reports is that the new update brings overall improvements in stability and fluidity of the user interface. What's more immediately noticeable is the return of Silent mode, a feature lost with the earlier Samsung Lollipop builds.

Thanks to Daniel Ciocoiu for the tip!

I had a nightmare with my battery readings (not charging complete), I did many adjustments and lot of things suggested by experts but no one of the trials worked. Very disappointed of android, so I changed to iOS and now I am on the way of learnin...