Samsung Galaxy Note 4 has the best display as per DisplayMate

DisplayMate, a renowned company specializing in display tests, has praised the Galaxy Note 4's AMOLED in a detailed review. The 5.7" 2560 x 1440 pixel display of the Note 4 packs a pixel density of 518ppi, but that's not its only feature as Samsung has also worked a lot on evolving the quality of its OLEDs. 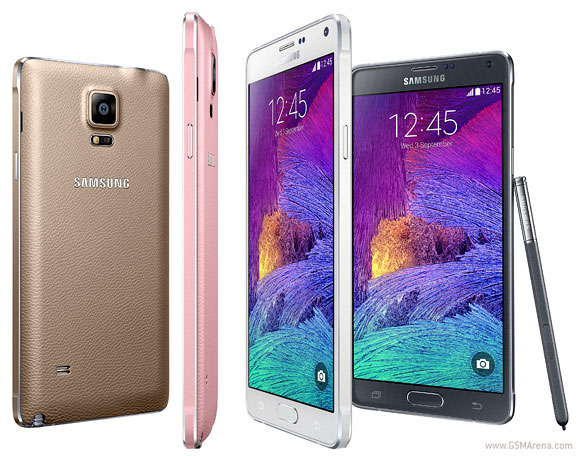 The review is based on quite a lot of technically-oriented tests and its verdict is that the Note 4's display is currently the best in the market. It is better than the AMOLED on the Galaxy S5 and Galaxy Tab S.

AMOLEDs have the reputation for being oversaturated and generally not accurate with colors. Not the one on the Galaxy Note 4 though, as under its Basic screen mode, it has the most accurate colors for the sRGB/Rec.709 spec of all smartphones and tablets the company has tested. The phone's Photo Mode bumps the screens compatibility to display the Adobe RGB gamut, which is 17% larger than the sRGB/Rec.709 standard.

Viewed at an angle, Note 4's display suffers minor, 19% decrease in brightness and small white point color shift. As to be expected, the primary color shifts are at their worse at 30 degrees, but with a rating of 6.6 JNCD, it is rated at very good. The screen impresses when it comes to screen reflectivity, too. The average screen reflection with light from all directions is just 4.8%. The best value DisplayMate have ever measures for a smartphone is 4.4%, which is impressive.

Finally, the Galaxy Note 4's screen was found to be 14% more power efficient than its predecessor's and is as much as 40% less power hungry than 1080p panels used by the HTC One and Sony Xperia Z2.

You can check out the full display review by following the link below.