The Galaxy Note 4 is a 4-year-old phone so it's nice to see Samsung still taking care of it. The update is minor, though, so don't expect a new OS version at this point. 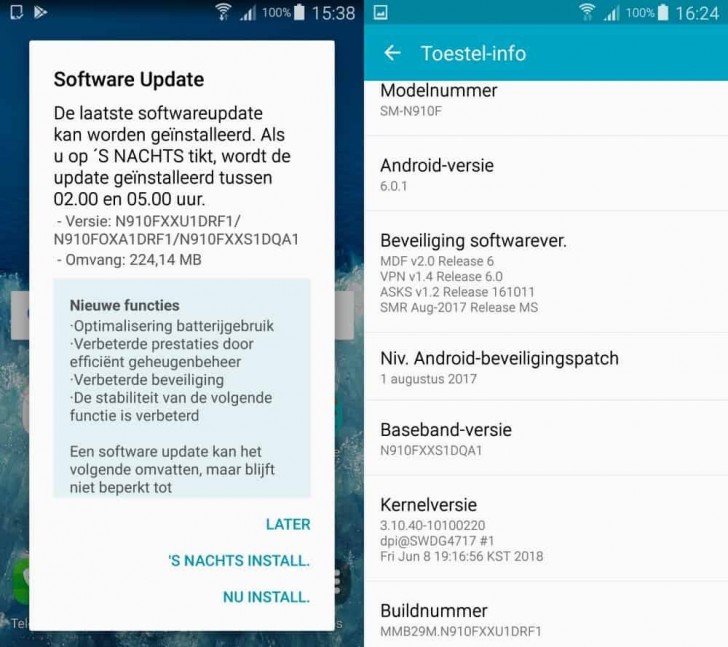 The OTA update has been spotted in the Netherlands and it's 224MB big. The changelog points to improved security, but users say it still shows February 2018 security patch. Our best guess is that Samsung just applied a critical security fix without implementing the latest one from July.

In addition, the update brings better power management, performance and stability although, no specifics are givene. Since it's already live in Europe, expect it to arrive globally in the following days.

No, no lags at all. Once I got the update I just did a full factpry reset so that the old system files will be cleared. Still solid! Sadly, I had the chance to grab a cheap Note 9 deal and I gladly passed the phone along to a relative. It's defi...

Got the same update for Galaxy Note Edge N915K. It's a Kernel patch, not an Android update.

Got the same update for Galaxy Note Edge N915K. It's a Kernel patch, not an Android update.