The Samsung Galaxy Note looks to be gracing the US of A with its presence following the FCC's recent approval of the device's support for AT&T's 3G bands, news that will no doubt bring a smile to gadget-heads across the nation.

The Note is somewhat of an odd breed of device. Following the rise of mobile phones and the subsequent fall of PDA's. The Note takes the notion of a throwback and adds every modern smart-device garnish it has to offer on top, meaning you get all of the mod-cons you expect from a device such as this, but an underlying sense of nostalgia too, it's truly bizarre. 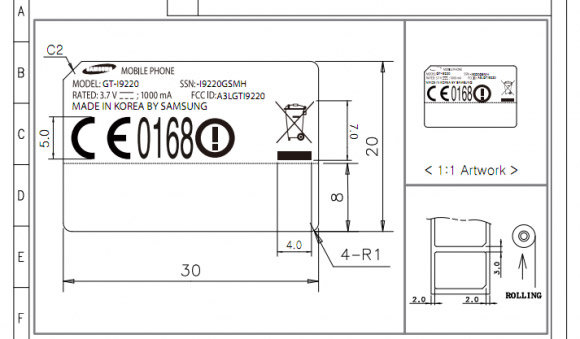 The Note looks to fill the void between Samsung's 4.3"-endowed Galaxy S II smartphone and the recently announced Galaxy Tab 7.0 Plus, as the intermediary tab-phone crossover device with its 5.3" SuperAMOLED display.

What's really great about the Note's new FCC approval is that it not only includes support for AT&T's 3G bands but will also be capable of '4G' (read HSPA+) speeds which is no bad thing by any stretch of the imagination.

If you want to learn more about the Samsung Galaxy Note this very second, why not click here where you'll be able to check out our latest hands-on to at least cover the key features of the device preceding our in depth review, just around the corner.

I am bit confused, weather to call it tab or smartphone? Particularly, it lies between these two! However, I would like to carry tab instead of carrying this large size phone! I would have to buy an extra jeans with large size pocket! Its ...

If expensive I am not buying it