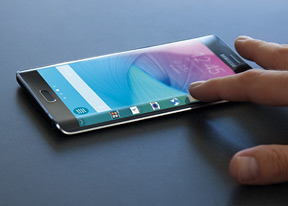 We've been using the Samsung Galaxy Note Edge for a few weeks now and the Edge screen has entered our work flow - mostly for checking notifications and at-a-glance info (e.g. the S Health stats). It does work great with certain apps, like the media players, but for now that functionality is exclusive to TouchWiz titles. 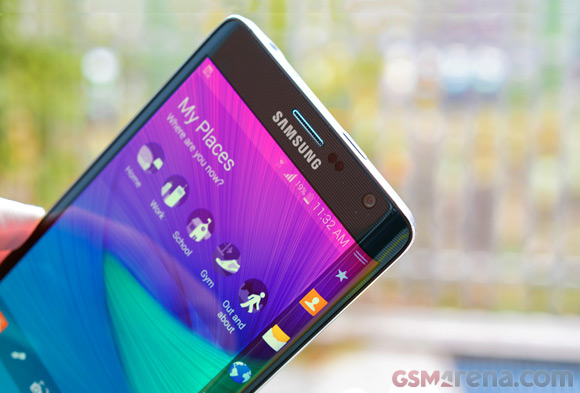 Some compromises had to be made as the Edge screen affects the grip and makes one-handed use in some cases impossible (the camera is especially tricky). It's safe to say that it's too early for Edge to spawn its own lineup like the Note did, the manufacturing isn't quite there and most users are not ready yet perhaps to commit the extra cash and trade off the proper grip for the additional usability offered by the Note Edge's curved screen.

Samsung will allow third-party developers to make use of the Edge screen and the competition-bred creativity of the app store may make the additional, angled screen indispensable but the problem is there is a single device that can use the new apps - the Galaxy Note Edge.

And the Edge is an experimental device of limited regional availability, so it's unlikely it would draw enough third-party developers to make a difference. It's also more expensive than the regular Note 4, not an exuberant amount but more than some people may be willing to pay just for the Edge screen. After all, the Galaxy Note 4 is one of the very best devices on the market and the screen extension is yet unproven and not entirely without compromise.

The Edge was always a concept - kudos to Samsung for actually bringing it to the market, instead of just showing it off at a trade show and forgetting about it. However, it's aimed squarely at affluent early adopters, those who want the bleeding edge and can afford it.

Drop the Edge screen and the price and you get a Samsung Galaxy Note 4. The multitasking is brilliant and is backed by very capable hardware, plus the S Pen finds more uses than the Edge screen. Definitely try the Note Edge in a store before committing to a Note 4, but chances are you won't find the extra strip of screen a must-have feature. For us, the difference in battery life makes more of an impact.

Apple made a phablet after years and years of calling phablets too big to handle. The Apple iPhone 6 Plus has a bigger, sharper screen than any other iPhone past and current, but Apple's bezels make it bigger than it had to be. Also, other than OIS it lacks any real advantages over the iPhone 6, while the Galaxy Note Edge is several legs up on the Galaxy S5.

Forget the S5, the iPhone 6 Plus lags behind the Galaxy Note Edge in a handful of other key areas - screen size, camera resolution, video resolution and sound, price of storage, front-facing camera. Some would argue it still feels more premium, but the 2014 generation Note is pretty good-looking itself.

Never mind all that, like other Apple products the iPhone 6 Plus has that X factor necessary for mass market success. It's thinner, but offers better battery life, the OIS worked better than that of the Galaxy Note 4 and the lower resolution helps the powerful GPU score highly in gaming tests. For pricing, a 64GB iPhone 6 Plus is on the level of the Galaxy Note Edge.

Android has been in the phablet game a lot longer than Apple and there are highly-polished offerings outside of Samsung. The Lenovo Vibe Z2 Pro features a slender metal body, a 6" QHD screen and a 16MP/2160p camera with OIS.

It's behind on processing power with "only" a Snapdragon 801, but it packs a whopping 4,000mAh battery. It's a dual-SIM device as well (which is still a sought after convenience valuable in some markets, even in the high-end) and is cheaper than the Galaxy Note Edge.

LG is yet to put out a flagship G3 phablet, but the LG G3 is plenty big on its own with a 5.5" QHD screen. The camera department boasts fast and accurate laser autofocus, there's OIS and 2160p video. The stills at 13MP 4:3 aren't the ultimate in mobile photography, but are more than reasonably good. Like the Lenovo, the LG G3 is powered by a Snapdragon 801 chipset and the older GPU is felt at this resolution.

You can look at the LG G Pro 2 - it's part of the 1080p and Snapdragon 800 generation, but it's there as a bigger, cheaper alternative. Its 13MP/2160p camera has OIS but no laser focus but is otherwise up there with the G3 camera.

The Galaxy Note Edge was never meant to be a best-seller. For it and Samsung, victory looks like this: the Note Edge becomes a trend-setter and Samsung Display gets new, eager customers. Also, Samsung can once again rightfully claim to be at the forefront of innovation - the phablet is unique in the market and a rarity even among concept devices. And here's the sales pitch: you can be a part of all that by getting a Samsung Galaxy Note Edge, instead of a Galaxy Note 4. But better don't even bother comparing prices.