Samsung Galaxy Note II US launch gets set for October 24

The formal announcement of the Samsung Galaxy Note II in the United States just got itself an official date. Samsung sent out seriously suggestive invitations for an event in New York City, which will take place on October 24. 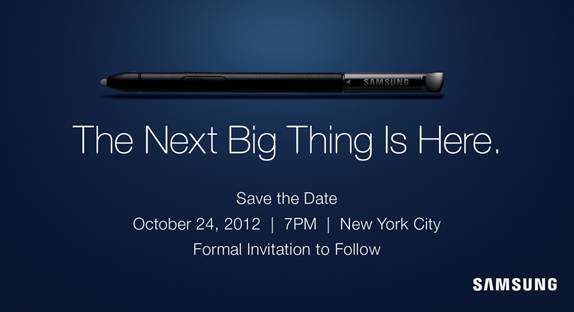 As you can see above, the image of an S-Pen in the invitation leaves no room to wonder about what the event will be all about. The Samsung Galaxy Note II will hit a number of US carriers simultaneously - much like the Samsung Galaxy S III did.

We will be covering the event live from the spot, so we'll give you the full scoop on the device as it unfolds. In the meantime, feel free to check out our initial impressions of the international version over here.

When it will launch in india ?

When it will Launch on pphilippines?