Apparently, SamMobile has got hold of a list of countries to which Samsung is going to distribute the Galaxy Note III powered by the Exynos 5420 Octa chipset and the Snapdragon 800 variants. 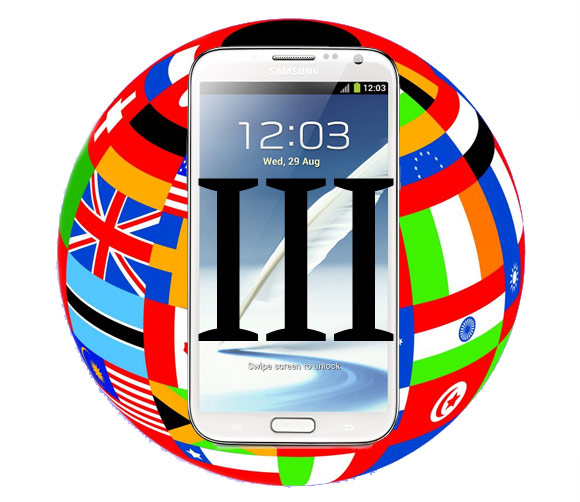 The Exynos 5420-powered Galaxy Note III is listed under the SM-N9000 model name, while the Galaxy Note III with Snapdragon 800 goes by the SM-N9005 name and it is the one to sport LTE connectivity. Unfortunately, the Exynos-one lacks 4G network support. Both versions are going to pack 3GB of snappy LPDDR3 RAM.

Here's a quote from SamMobile's source regarding availability of both versions of the Galaxy Note III in countries where LTE is available.

If your country gets both processor variants, it is a decision based on the marketing plan of Samsung. Which means if there are LTE networks in your country, Samsung will start with the LTE variant (Snapdragon 800) first.

Additionally, there's going to be a third Galaxy Note III variant that's going to feature two SIM card slots. According to the leaked country list, it's going to only be available in China and carriers the SM-N9002 model number. It's going to be powered by Samsung's Exynos 5420 with 3GB of LPDDR3 RAM.

Samsung will announce the Galaxy Note III on September 4 event in Berlin and we'll be covering it live so make sure you stick around when the time comes.

Samsung is obliged to writ the made production country because it is different contracts of international commerce,also it is more safe for us ,I am looking for Korea production & Samsung could not help me to cover their huge mistake ,also the pr...