T-Mobile and Samsung announced the retail availability of the Galaxy Note. Starting on August 8, the Big Magenta's customers will be able to pick up the phoneblet from the carrier for $249.99 with a two-year contract, after a $50 mail-in-rebate. 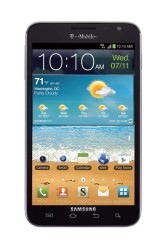 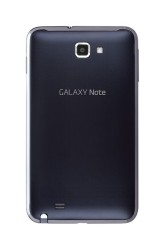 In terms of specs, the Samsung Galaxy Note for T-Mobile is practically identical to its AT&T relative, save for the lack of LTE. The latter has been replaced by 42Mbps HSPA+ connectivity. The spec sheet's highlights include a dual-core Qualcomm Snapdragon S3 CPU, clocked at 1.5GHz, 5.3" Super AMOLED display, 8MP camera, and 16GB of built-in memory.

i think galaxy note 2 should have dual sim features

the note in US version is useless the outdated qualcomm s3 a8 pushing that many pixels , struggles my brother has the att version and the battery life is bad. 100% and 5 hours later gone.. the international version at least has an A9 processor capabl...

Then it must have been the international version that I was confused with. Either way, T-mobile should have just waited to push out the Note 2. $249.99 is ridiculous, $100 would have been reasonable.