Samsung’s Galaxy Note devices have a strong loyal following and build up a lot of anticipation for the second half of every year. This year’s Galaxy Note10 is expected to see a drastic change from the Note9 with the Korean phone maker rumored to release two Note models for the first time since the Note 4 and the Note Edge.

According to a report from 91Mobiles citing ”trusted sources”, both model numbers for the Note10 and Note10 Pro are SM-N975 and SM-N976, respectively. Previous reports speculated this was for a single model with 4G and 5G support, respectively.

According to the report, the Galaxy Note10 would have a 6.4-inch Dynamic AMOLED screen and 128GB of base storage with a 4,170 mAh battery. Meanwhile, the larger 6.8-inch Dynamic AMOLED display would be powered by the same-sized 4,170 mAh battery on the Galaxy Note10 Pro. The Pro would have 256GB of base storage and storage options up to 1TB of on-board memory. 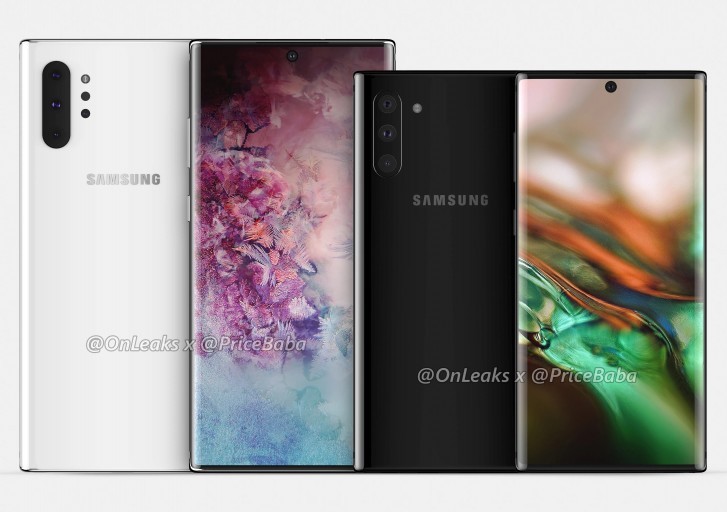 If this were true, a customer would need to decide between the top-of-the-line model or somewhat better battery life with the smaller model as the larger display will consume more power.

There are other model numbers revealed as SM-N970 and SM-N971, but the report can’t pinpoint what they represent. There was mention of the possibility of a Galaxy Note10e as per previous reports, but I personally would not could on it.

Earlier today, we got word that the Note10 Pro wouldn’t support a 45W charger as initially rumored, but a 25W charger was suggested. This is still a great move in the right direction considering Samsung has shipped Galaxy phones with 15W Adaptive chargers since the Galaxy Note 4 in 2014.

The Note10 Pro is expected to come with a Snapdragon 855 or Exynos 9825, depending on your region, and is rumored to come with a vertically stacked triple camera system (possibly a fourth camera) with an in-display fingerprint scanner. Rumors also point to a hole-punch display but centered over the display rather than offset. It is also said to be the first Samsung Flagship to lose the headphone jack. The upcoming Note is also expected to be announced sometime in August with a rumored date of August 10.

Yes I agree. And with current batteries as they we have gone as far as we can.

Or Note 10 V, or Crown, or literally anything original