One of the many different smartphones that Samsung is currently working on and should release within the next few weeks is the Galaxy On7 (2016), the true successor to the original On7. Not long ago the company outed the On7 Pro just to confuse things some more, but the On7 (2016) is a different phone, with a different design and better specs.

We've seen the On7 (2016) getting certified for sale in China by TENAA earlier this month, which gave us a good look at most of its specs. And now one of them has been confirmed by the FCC. 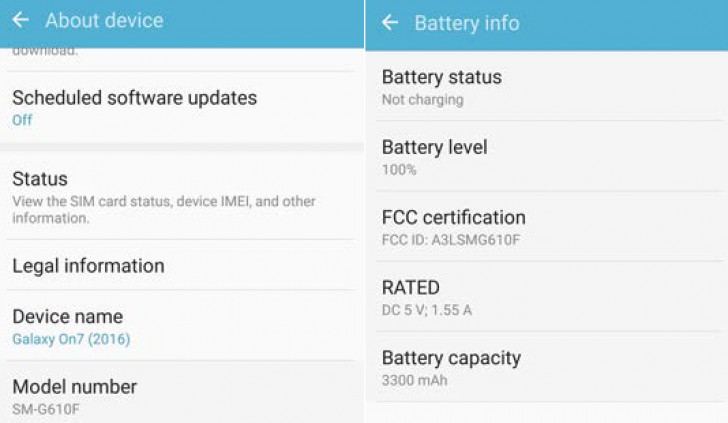 Yes, the Galaxy On7 (2016) has also gone through the US regulatory agency's procedures, and these have unearthed the fact that the handset sports a 3,300 mAh battery, as seen in the image above. As usual, the FCC hasn't revealed any more essential specs, but it does tell us the dimensions: 151.5 x 74.9 x 8 mm. Oh, and as you'd expect the device will have Wi-Fi, Bluetooth, and 4G LTE on board.

avl india samoled screen is best other screen is not good