Remember the Galaxy Premier we met with a few months ago? It is a Jelly Bean droid based on the dual-core TI-OMAP 4470 SoC and packs a 4.65-inch Super AMOLED HD display. Back then it looked like a downgraded version of the Galaxy S III to us.

Well, the Premier is now launching in South Korea, but instead of the dual-core TI-OMAP SoC, it's powered by the Galaxy S III's quad-core (1.4GHz) Exynos 4412, and it is now called the Galaxy Pop. 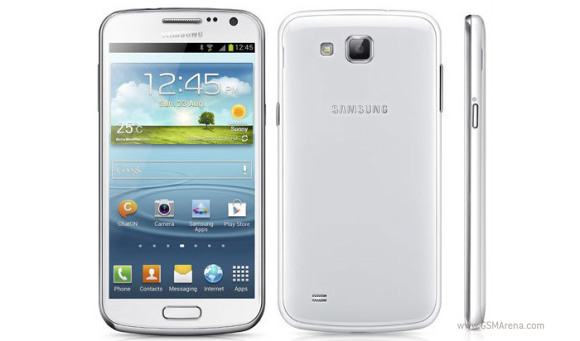 The Galaxy Pop's model number is SHV-E220 and except for the chipset, the rest of the specs stay the same - a 4.65-inch 720p Super AMOLED screen, 1GB of RAM, an 8MP rear camera, and 8 or 16 GB internal storage expandable via a microSD card slot.

The Samsung Galaxy Pop will be available only in white through all three major South Korean carriers starting next month, with pricing yet to be announced.

Is this phone is worth than a galaxy s?

actually, it is 2gb ram

Yes, he just has a few pictures and he keeps resizing them randomly. LOL!