The Samsung Galaxy Premier is rumored to feature a 4.65" Super AMOLED Plus of 720 x 1280 pixel resolution but Sammobile has recovered a PDF file that points to a WVGA screen. 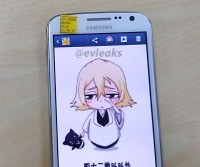 The Premier will also feature a dual-core TI OMAP 4470 chipset with two cores clocked at 1.5 GHz and a PowerVR SGX 544 graphics processor. There will also be an 8 MP camera, and 8GB/16GB built-in memory with microSD card expansion on board.

i fail to see what the point of this actually is?

These apple lovers must just go play on a highway during rush hour... Leave our Androids alone

As many as it takes to make us want their phones. Perhaps they figure that if they flood the market with all their products, we're most likely going to end up buying them (because they wouldn't give us a choice!!! That and all the good stuff would be...