Back in May, Samsung India had confirmed on its Facebook page that the Galaxy R will be getting the Android 4.0 update "very soon". 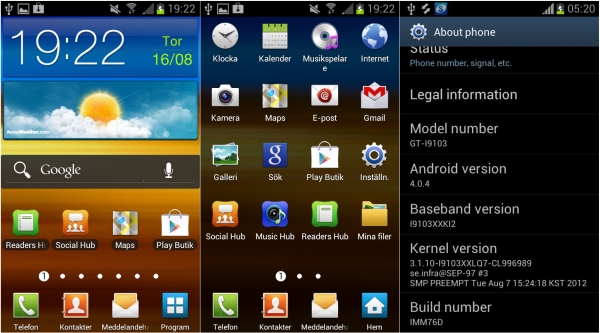 Well, it's been three months since but it seems now that the update is finally ready to roll out. One lucky user in Sweden managed to get his phone updated to the (not-so-latest) version of Android after he received it from the service station.

The fact that the service station people are installing the update on devices means that it is in the final stage and will hopefully will start rolling to other handsets shortly.

As before, this is the TouchWizzed version of Ice Cream Sandwich, which means unless told you won't even know the difference from the current Gingerbread ROM based on the UI alone. Still, it does bring with it significant performance update, which should be apparent to anyone who is used to Gingerbread.

Source (Thanks Clament for the tip)

Super one, Much more better than Gingerbread. No bugs, everything is working just perfect. A big thanks to this creators. http://www.android.gs/update-galaxy-r-i9103-official-android-4-0-4-ics/ no need to back up anything. Trust me, even th...