Shortly after we saw it in leaked press images, Samsung took the wraps off the Galaxy Round – the world’s first smartphone with curved display. The peculiarly designed handset will be available in Korea on October 10. 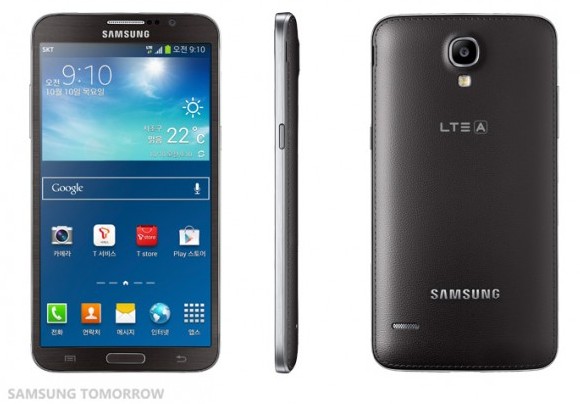 Undoubtedly, the biggest highlight of the Samsung Galaxy Round is its curved display. The latter is a 5.7” Super Flexible AMOLED unit with Full HD resolution (1920 x 1080 pixels). You may remember that back in the day the Samsung-made Nexus S also had a slight curve going on, but in that case it was just the screen glass that was curved, and not the panel itself.

The rest of the Samsung Galaxy Round are quite Note 3-ish: there is a Qualcomm Snapdragon 800 SoC with quad-core Krait CPU clocked at 2.3GHz, 3GB of RAM, 32GB of built-in memory, and microSD card slot. There’s a 13MP camera on the back of the device, a 2MP front-facing unit, as well as full connectivity suite on board.

Update: Here are some live shots of the Samsung Galaxy Round.

The Samsung Galaxy Round boots Android 4.3 Jelly Bean, dressed in Samsung’s latest TouchWIz UI. Samsung has naturally added a couple of tricks to utilize the curved screen of the device. They include Bounce UX for controlling the device’s music player by tapping on its sides, and Gravity Effect for interacting with the display by rolling it. You can check out the latter in action at the video below.

Unfortunately, currently there are no plans for international availability (as in outside South Korea).

Good innovation by Samsung. But at this moment it is not worth it and I would rather buy a note 3. So there is no point of bringing this in market. I think that Samsung will try to sell this phone by telling some features which are not at all useful ...