The design of the Samsung Galaxy S10 is hardly a secret at this point, but as the phone has reportedly gone into mass production, we’re bound to see more leaks. The latest shows two dummies, which may not power on, but still offer a good look of the flagship to come. 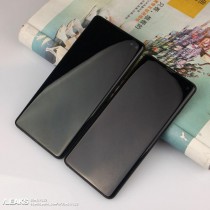 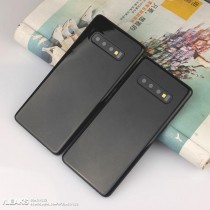 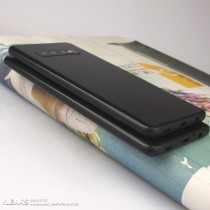 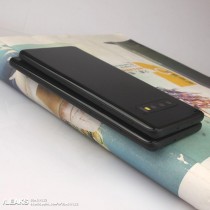 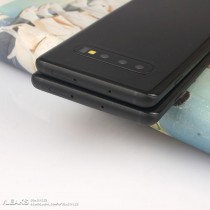 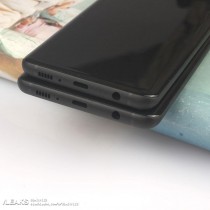 These are the Galaxy S10 and Galaxy S10+ (you can tell by the curved screens). Have a look around, you can see more than you could in the 3D renders. We found the rear camera – a triple shooter on both phones – interesting.

There’s a very slight camera hump, barely there. It looks barely thicker than the one on the Galaxy S9, despite the S10 being thinner (and having a larger battery to boot).

It seems that the Galaxy S10+ is thinner than the S9+, 7.8mm thick and accommodates a larger battery of 4100mAh. For comparison, the S9+ has a thickness of 8.5mm and only has a 3500mAh battery. pic.twitter.com/tkS6z1YUvN

The Galaxy S10 will be available in Black, White and Green. And while the “green” option stands out as it’s a new addition to the core set of hues, the white one may prove to be the more interesting option of the three.

It has a mother of pearl look, the iridescence is an interesting twist on the gradient colors that have risen in popularity lately. 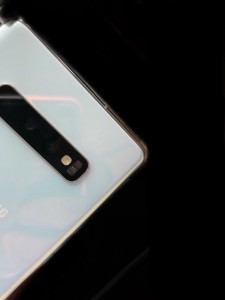 Even with first iPhone, Apple was the thief... They stole every single thing from other companies and announced as Innovation but actually those were stealovation. Even software side, Apple borrowed nearly all features of Android and presented as...

I hope these craps will end Samsung's future... I will enjoy watching it...

True. At the very least, I hope they've been bamboozling is about the holes. Imagine if there was a thin and transparent screen on top of the holed screen that turns off when camera is in use. It would be a dream come true