A major security flaw on the Samsung Galaxy S10 recently came to light when a British user, Lisa Neilson, discovered that her phone could be unlocked with unregistered fingerprints. This happened because she installed a third-party, £2.70 ($4/€3) gel-based screen protector on her Galaxy S10, which doesn't work well with ultra-sonic in-display fingerprint scanners.

Samsung responded by saying that it's investigating the issue and advised customers to only use official Samsung screen protectors. Now, the Korean giant has said it will soon release a software update to fix the bug. 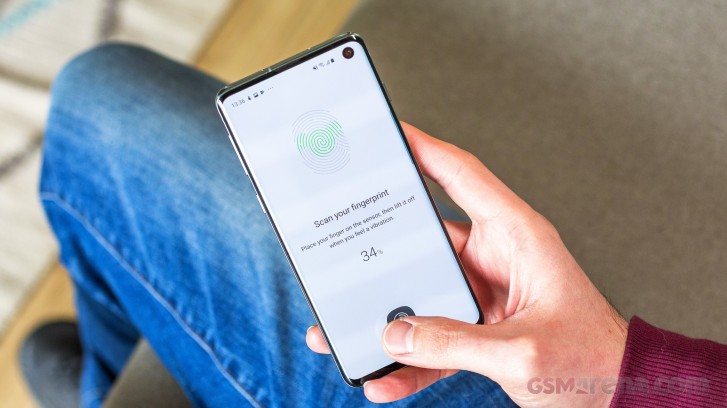 Samsung didn't provide any timeframe for the rollout of this security patch, but until it arrives, Galaxy S10 users can use face unlock for biometric authentication. But that's less secure than fingerprint authentication, so you are better off using a numerical PIN or an alphanumeric password to secure your device.

I am using Galaxy A50...fingerprint is slower its okeh...but the most irritating thing is when ever i give 3 fingerprint..others can easily open the fingerprint by their finger with a least try of 7 to 8 times...what the hell is this...even fingerpri...

Those Nokia haters that baselessly condemned the Nokia 9 PureView will not talk again now.. Nokia remains the best

The recent security issue where Safari browser sending data to tencent servers and China?? Have you been living under a cave?